I have made it to Leicester, and Jenny is prepared to show me around despite having spent two days with me in Sheffield earlier in the week.

The Lanes are the prettiest part of this city and we wandered through these amongst shoppers and tourists.

We headed to an old museum now a pub for a coffee. 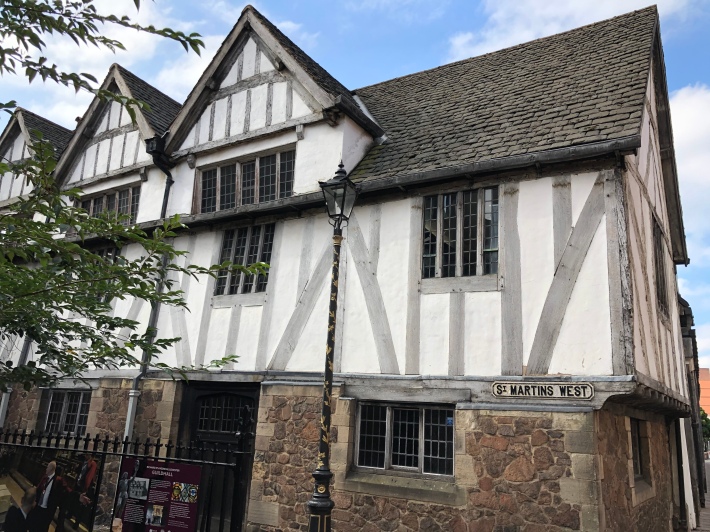 Something every town or suburb needs – a gin shop.

In the square outside the new indoor food markets stands Alice Hawkins, a champion of the women’s right to vote. She went to prison five times for acts committed as part of the Women’s Social and Political Union militant campaign.

Inside, the markets had some vibrant food displays. 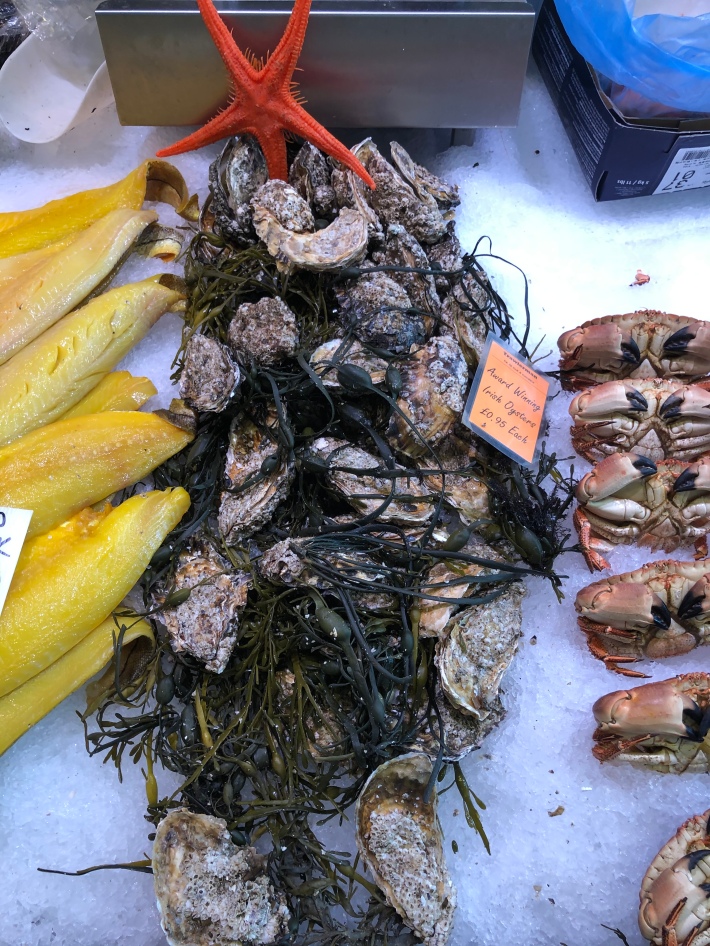 The clock tower was built originally as a traffic island (Britain’s first) to solve congestion at the juncture of six streets in what had been the hay and straw market and is officially titled ‘the Haymarket Memorial Clock Tower’ when completed in 1867. 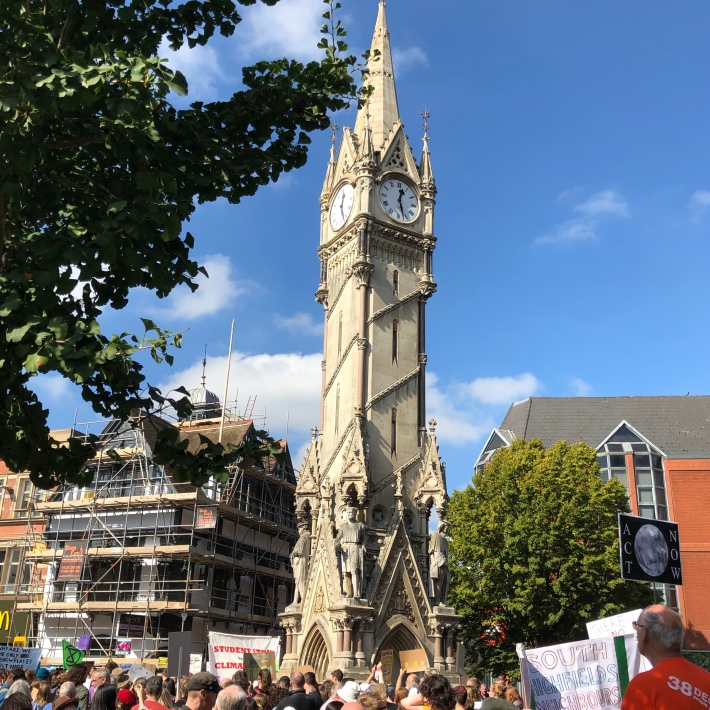 The clock tower was intended as a memorial to four of the city’s benefactors, Simon de Montfort, Earl of Leicester (1239), wealthy wool merchant Sir William Winston (1613), Sir Thomas White (1542) who establish a trust fund for business start-ups, and Alderman Gabriel Newton who established a trust fund for education and apprenticeships. They are depicted around the centre of the tower. 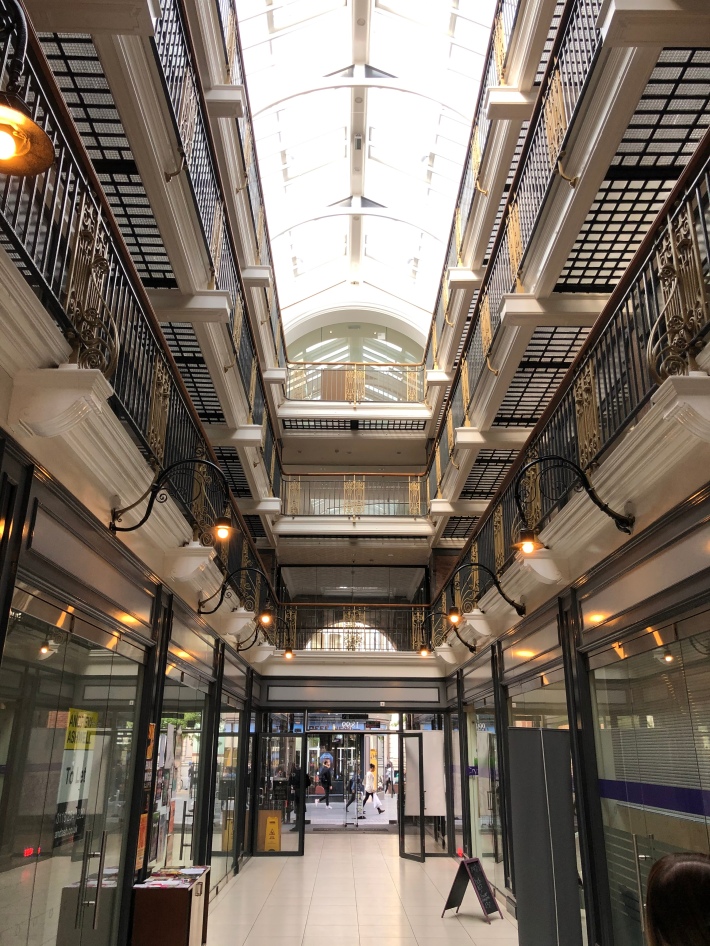 St Mary de Castro church, near the castle and mott. 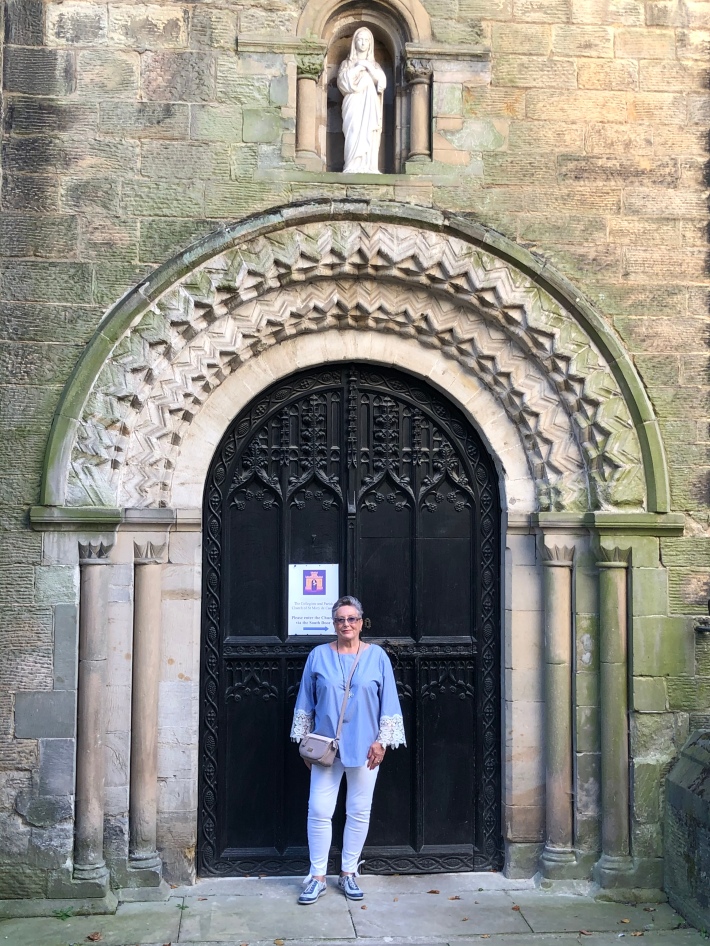 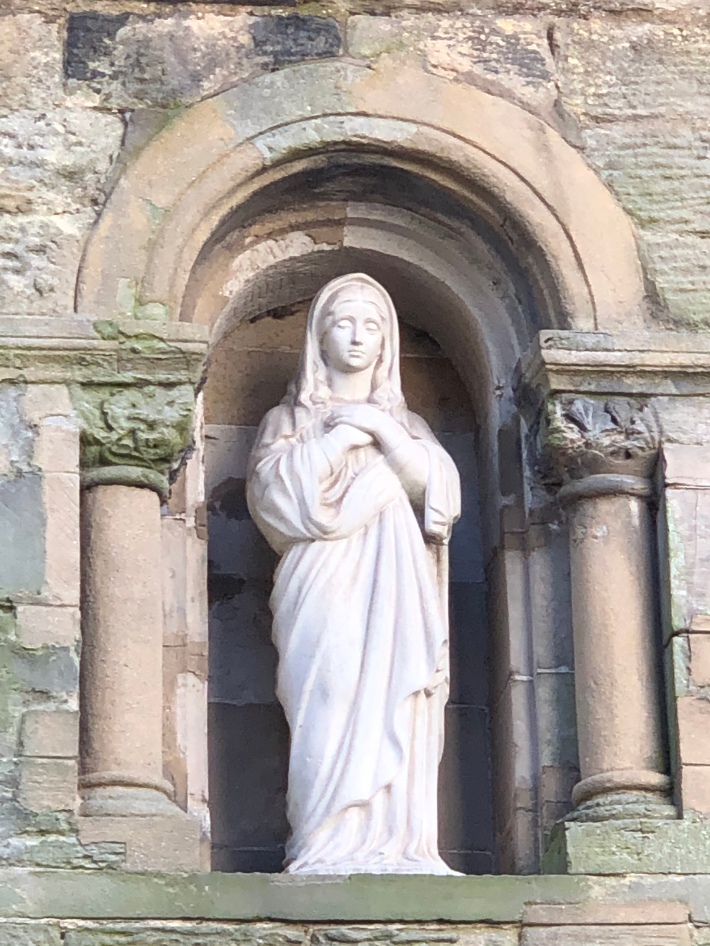 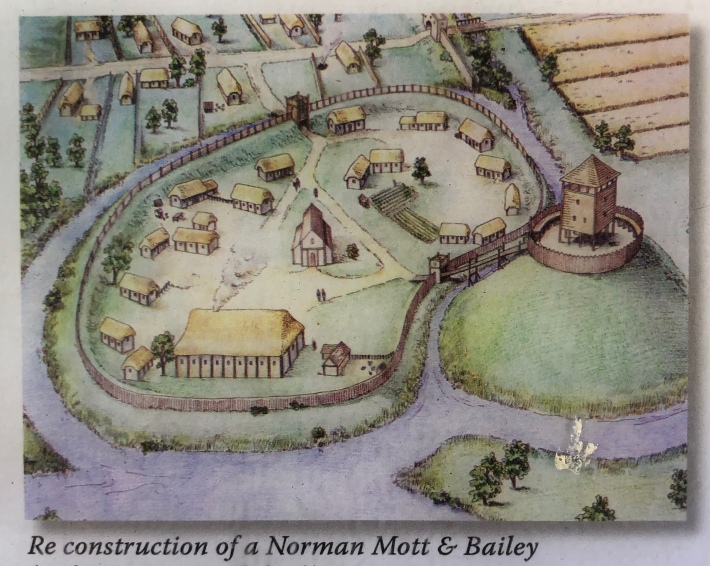 The top of the mott. 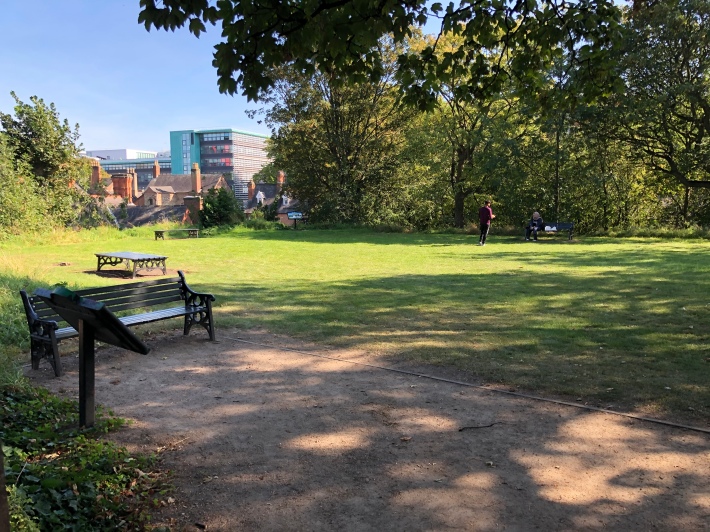 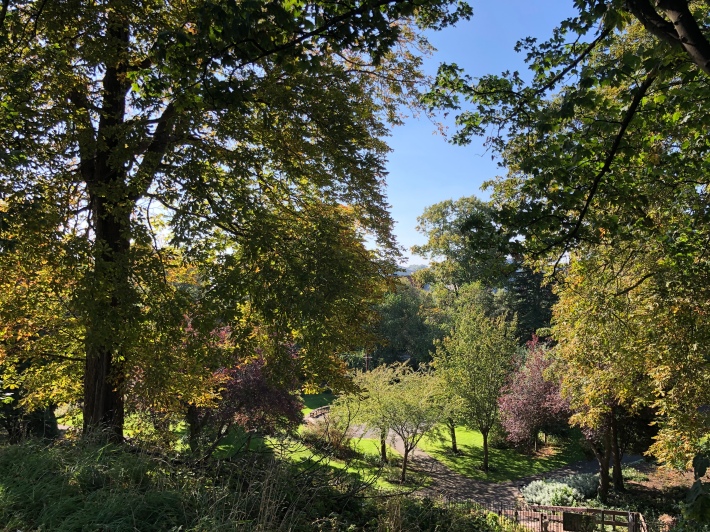 Remnants of the old walls, now in the De Montfort University sector.

Lots of steps to get to the top. 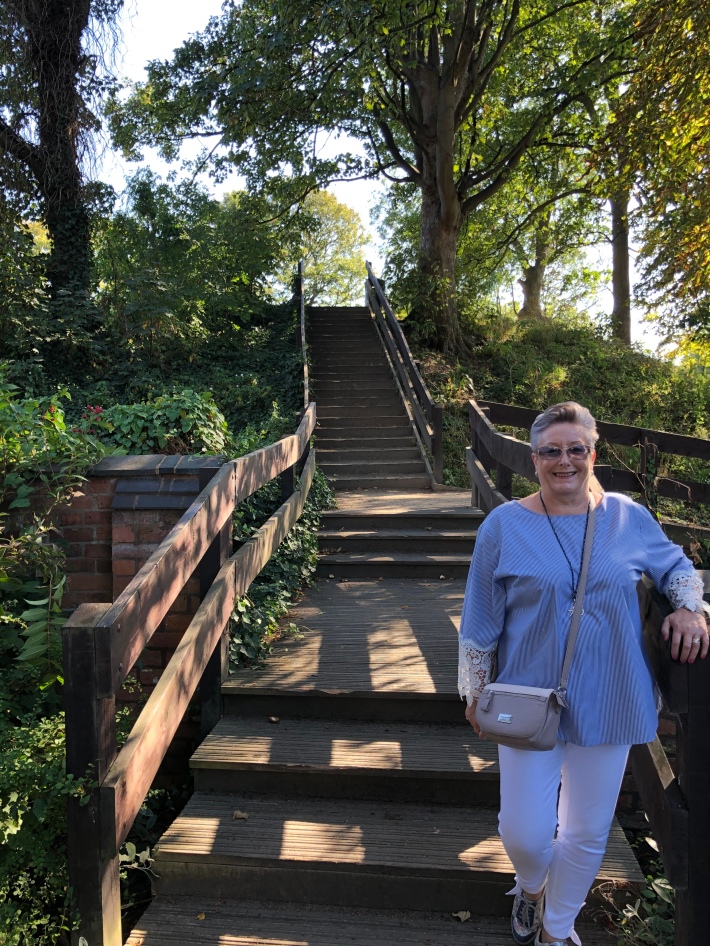 The former Hospital of the Holy Trinity, now Trinity House, part of the University. 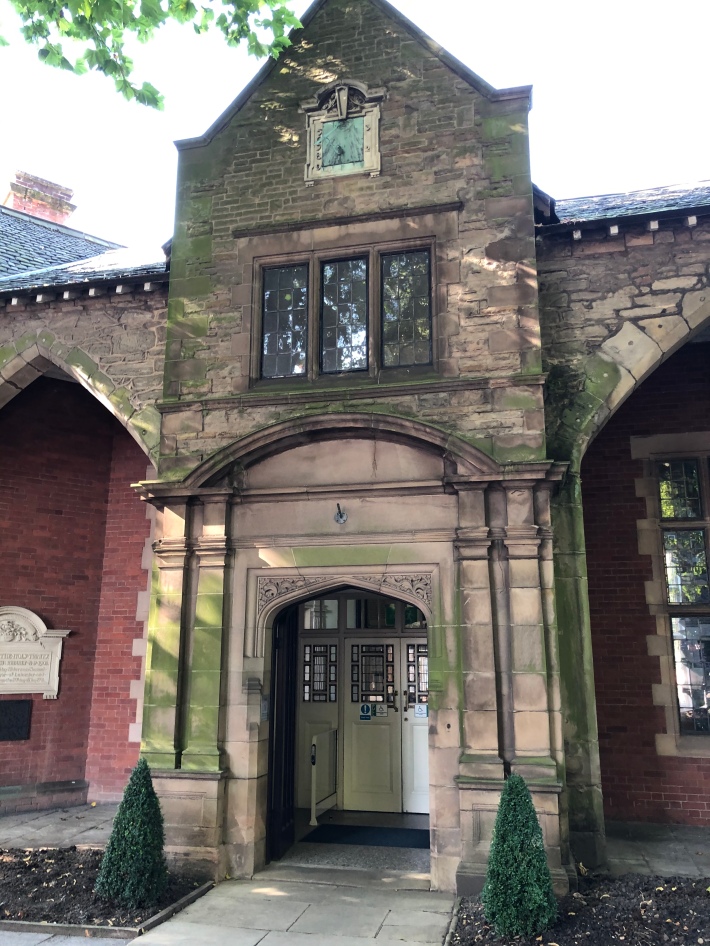 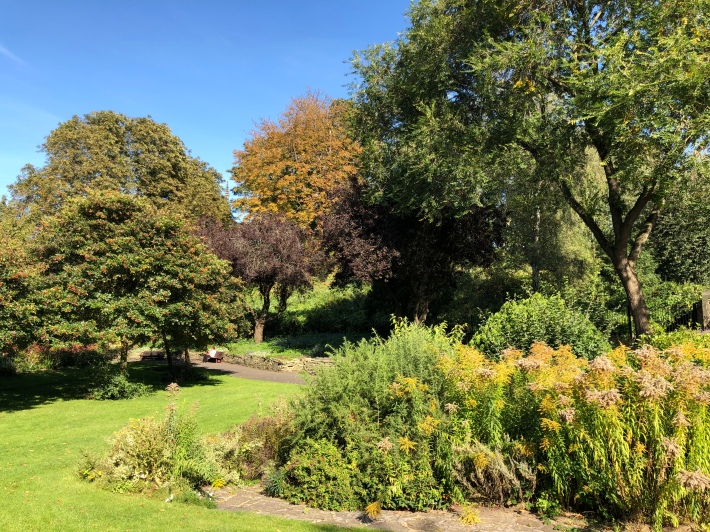 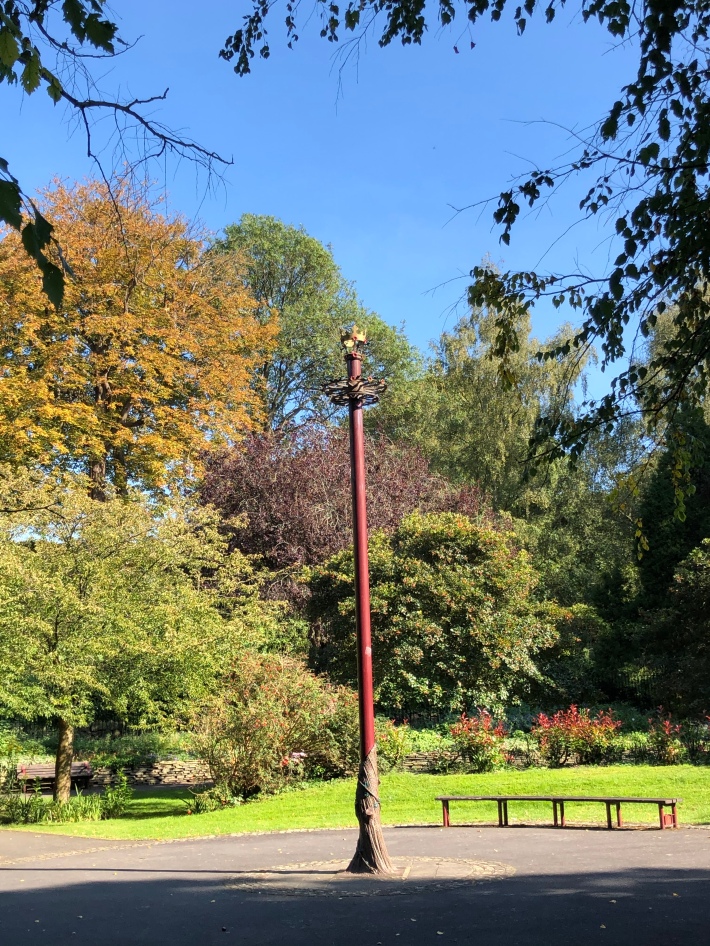 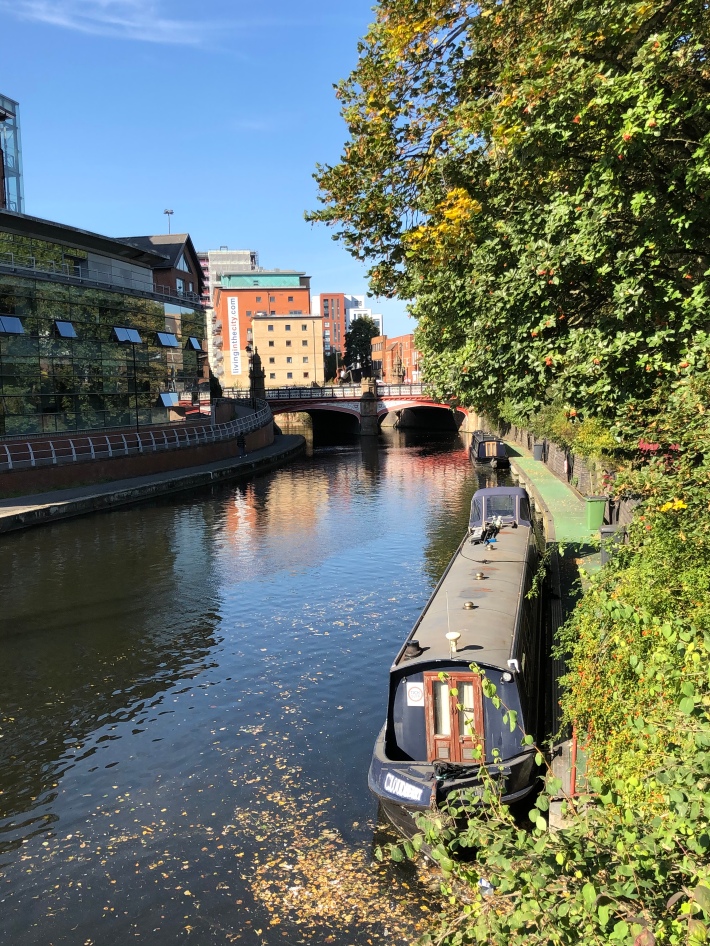 Many factories and warehouses converted to apartments. 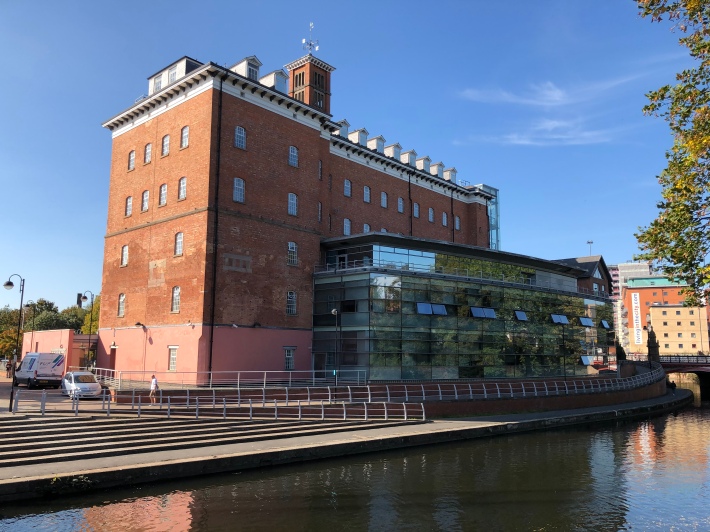 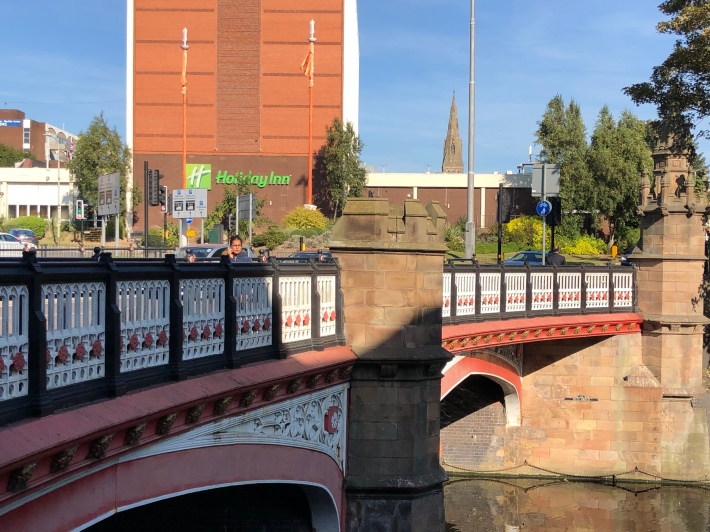