It stands out on the hillside – cathedral-like – the chapel at Lansing College. 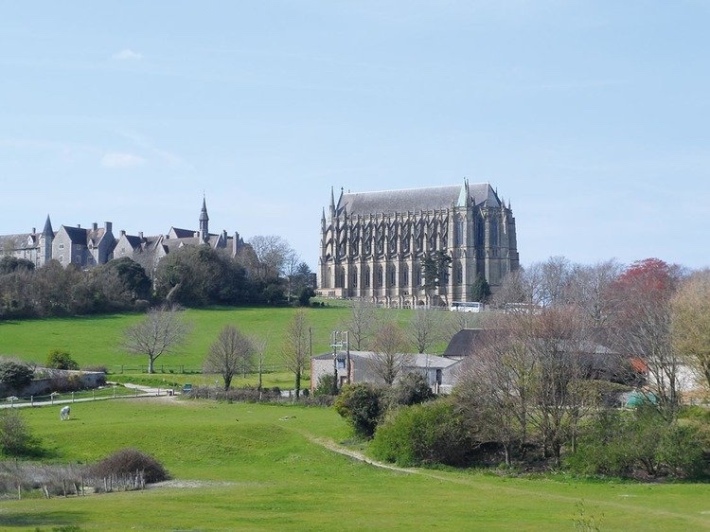 This is the largest school chapel in the world and is truly spectacular.

Lancing College (1848) is one of the schools founded by Nathaniel Woodward. The chapel was designed by R.H. Carpenter and William Slater in the Gothic Revival style with French influences. Construction began in 1868 and continued until 1977. 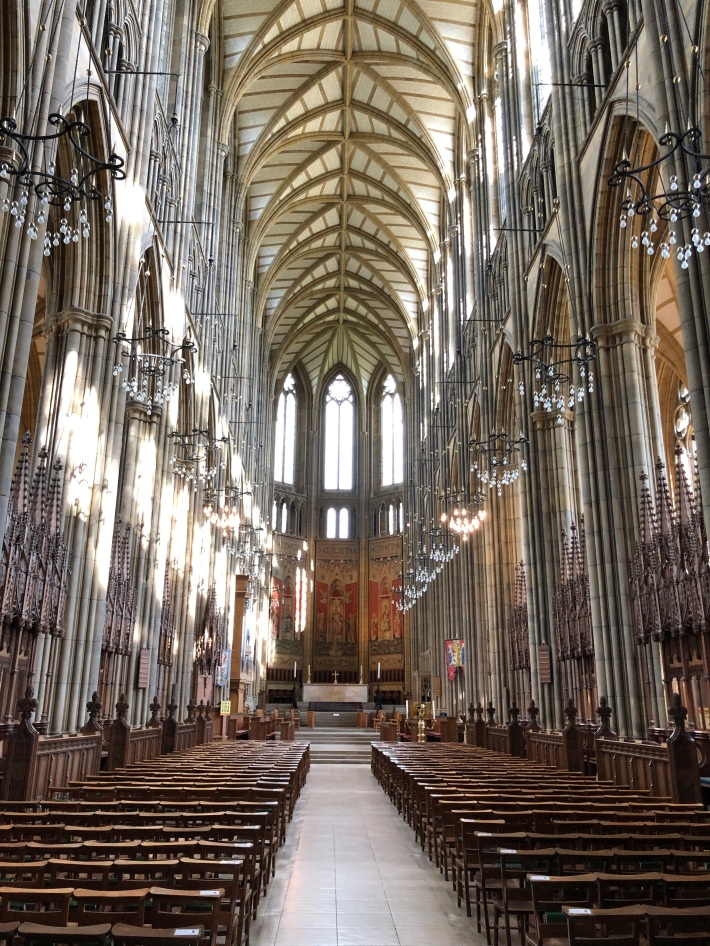 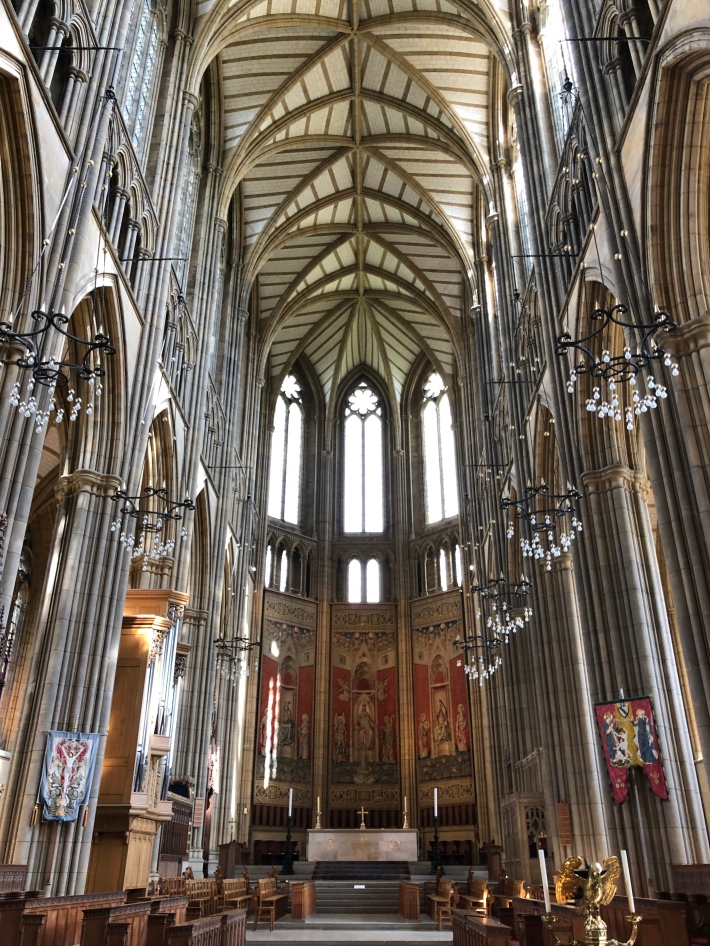 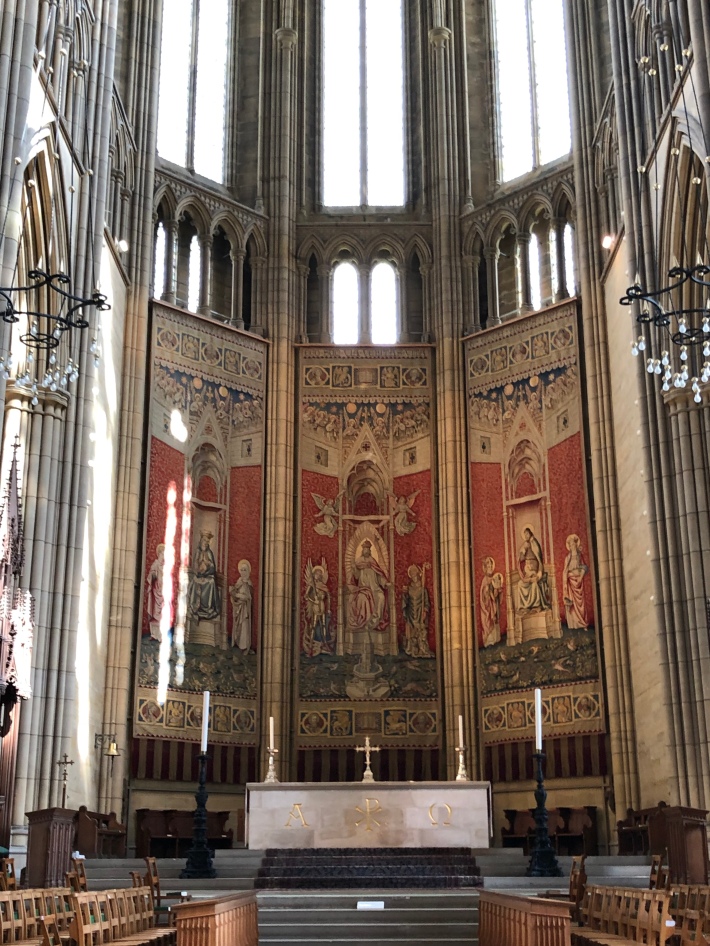 The Walker organ in the western mezzanine was rebuilt in 1986.

There is a two-manual mechanical organ by the Danish firm Frobenius near the sanctuary.

The Chapel is one of the tallest interior vaulted churches in the United Kingdom. The apex of the vaulting rises to 90 ft (27.4m) above the floor. The original plans called for a tower at the north side and the foundations for it were laid but not used; the tower would have raised the height to well over 300 ft (90m). 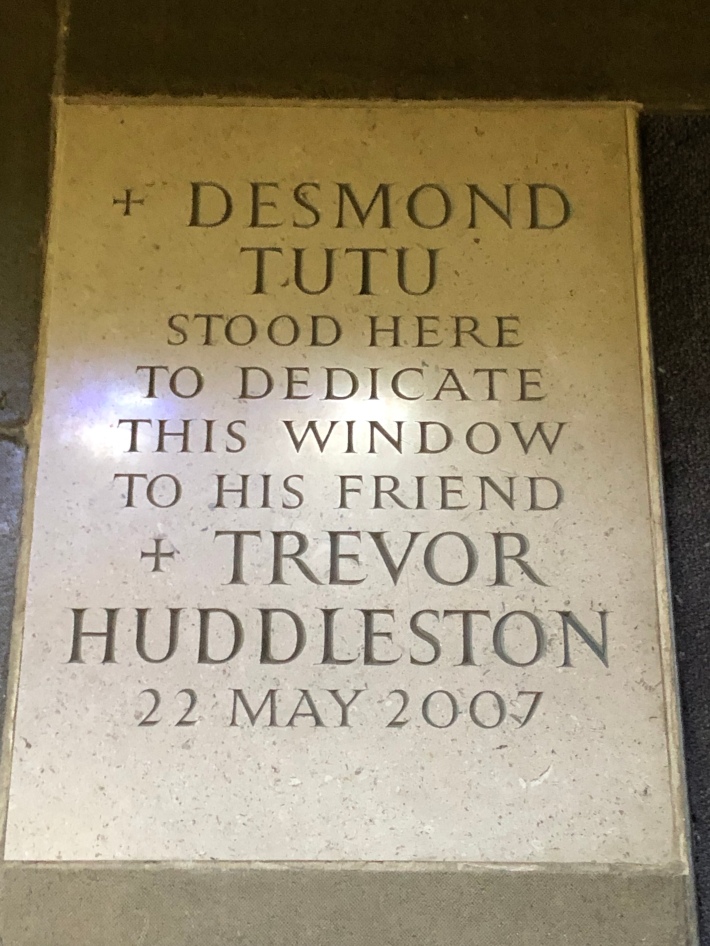 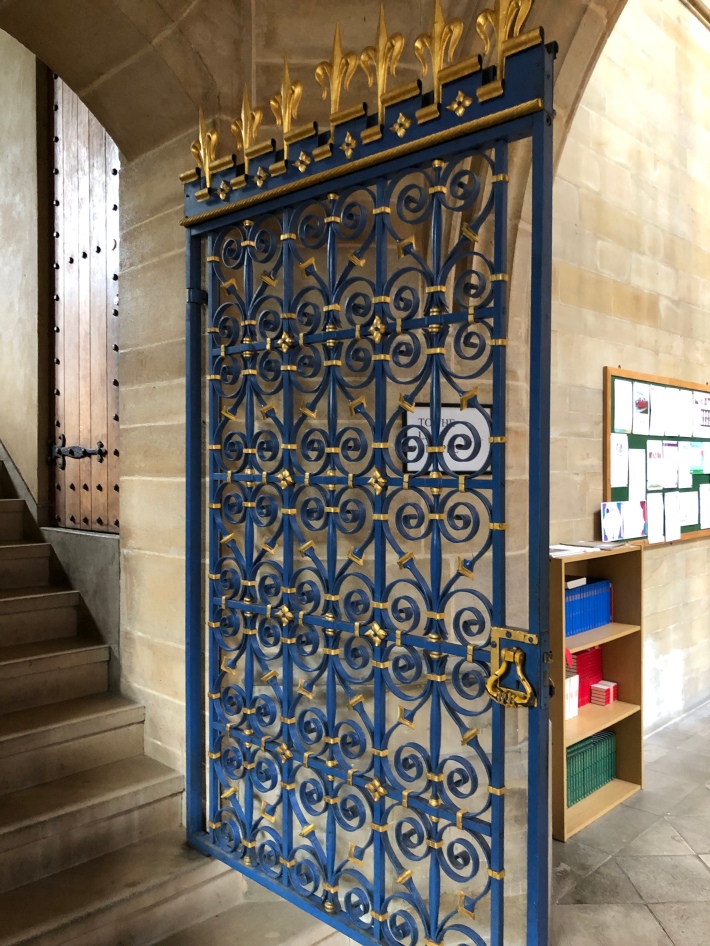 The tomb of the founder of the school, Nathaniel Woodward, is a prominent feature of the nave. Woodard had insisted that the chapel be built to its full height at one end first, so that if he died before completion the height could not be cut down to save money.

The tomb is set inside a chantry.

The chapel was dedicated to St Mary and St Nicolas in 1911 but the college had worshipped in the finished crypt since 1875. 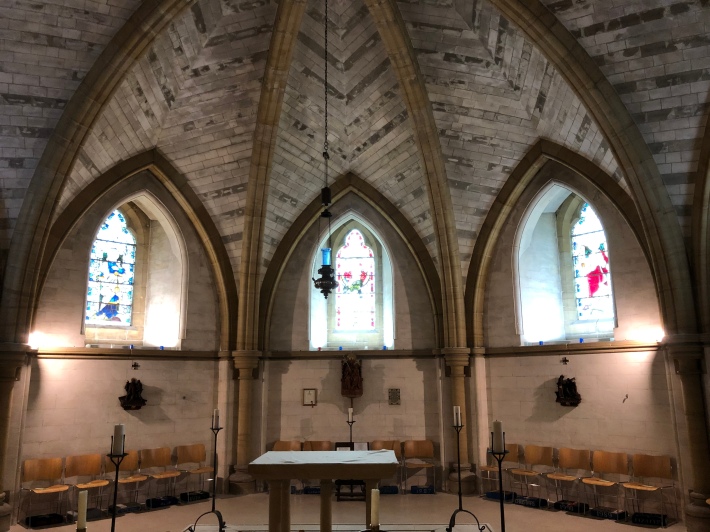