It is extraordinary to survey the damage caused by the 2011 earthquakes in Christchurch NZ. So much of the city centre is simply missing. 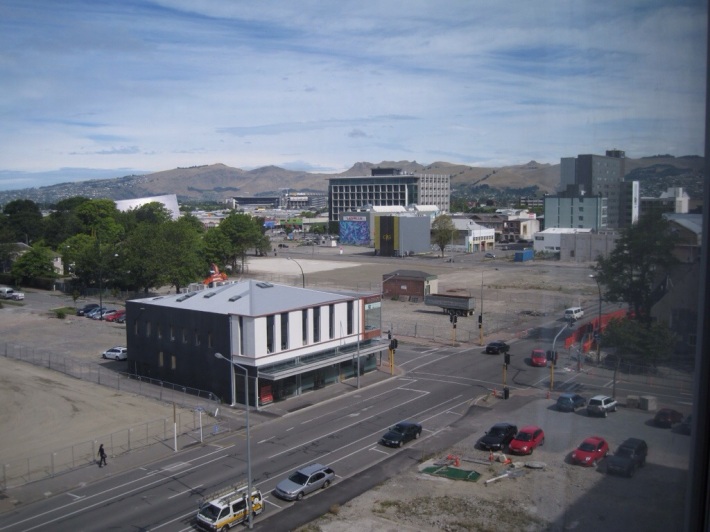 Many of the city properties are now vacant land, and of those pre-earthquake building that remain, most are boarded up awaiting renovation.

Often the sites are used as car parks, though there are few locals in the ‘city’ as most offices and shops have had to relocate to the suburbs. Only tourists and some builders dot the streets. Some new hotels have been built. The one I am staying in is the tallest building in Christchurch,

two of the others fell down during the earthquake, the site (below) now being vacant as are most of the city blocks.

Those building that remain are mostly boarded up.