The bride was early

It is, indeed, a rare beast – the early bride. And on such a scorching hot day! I had the groom stashed in the vestry (suit + waistcoat), fortunately, so there were no visuals before the service. But it meant I had to close some doors which reduced the cross ventilation. The fans in the church were on, though I had positioned them to ensure they did not oscillate and disturb our long Lenten banners – so distracting to have them waving round, getting entangled the the guests’ fascinators!

The bride had a substantial train on her dress, but handled it well, no tripping-on-turning. But I think she was hot under that veil. The groom kept fanning her with the order of service much to the amusement of the guests. I had left the air conditioning on in the parish office just in case we had any fainters.

The service went quickly and finally the veil could be lifted. Relief all round.

Following the service there were photographs in the crowded narthex (not sure how they will come out) then the bride and groom sped off in a black Mustang, while the whole wedding party squeezed into a stretch limo (including the groom’s mum) and champagned their way to the reception. 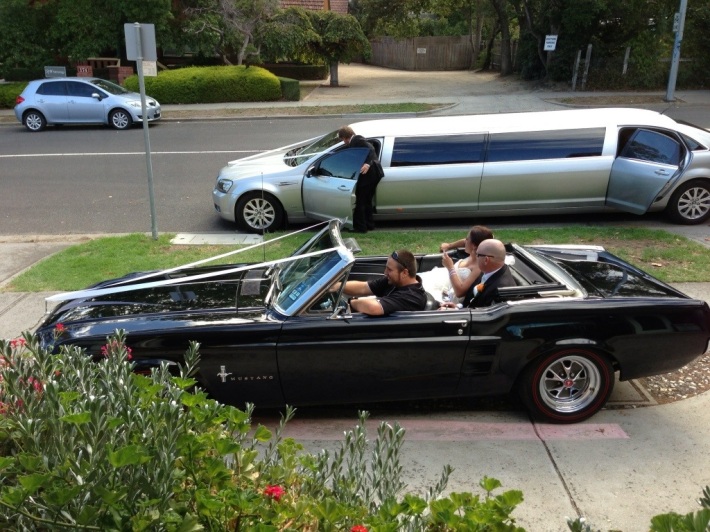