A walk in the park for Sir Ian this one. An evening talking about his life and how he got involved with theatre.

To mark his 80th year, Sir Ian is touring a number of venues across the United Kingdom, entertaining the audiences and raising funds for theatre charities. The audiences are no passive spectators but as one half of a double-act in an evening that becomes a form of acted autobiography. 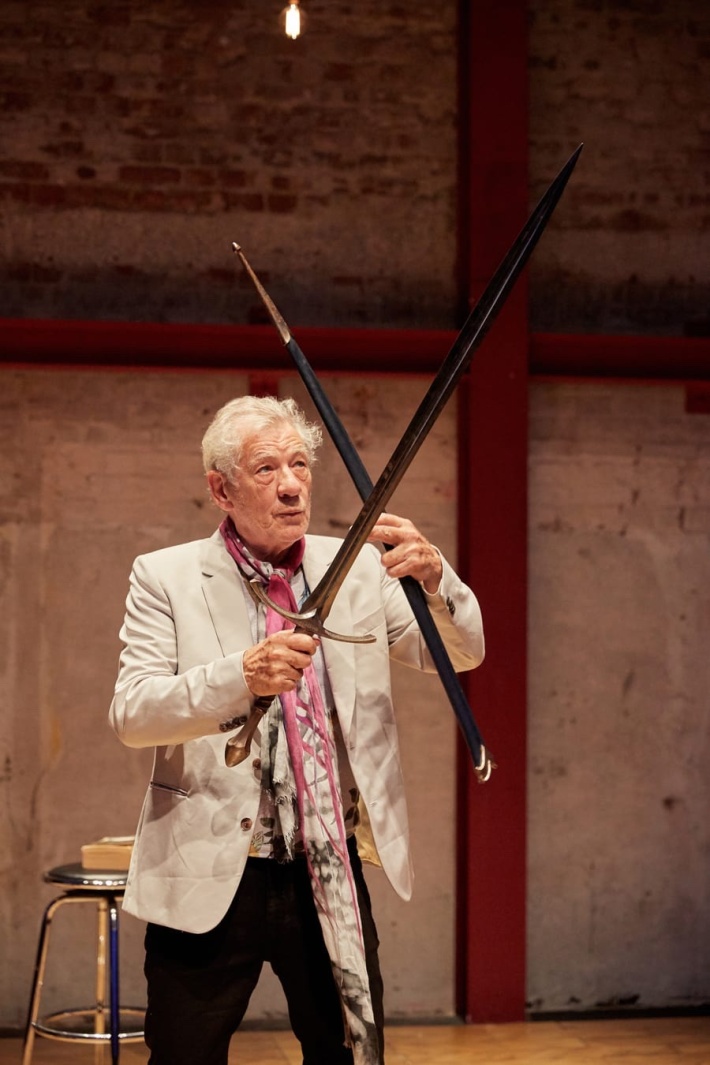 He could hardly ignore Gandalf, and the show begins with a reading from The Lord of the Rings and an invitation to a man from the audience to wield the wizard’s sword.

But McKellen’s heart and soul is in theatre and the first half of the show is an exploration of how the love affair began. We get stories of McKellen’s early excursions to Peter Pan, Ivor Novello musicals (he claims that it was at King’s Rhapsody “I had my first erection”) and pantomime.

This last leads McKellen to dip into the theatrical skip behind him, don a headscarf and instantly turn into a gossipy Widow Twankey, hurling sweets into the stalls before asking: “Anyone like a banana?” We hear naturally of McKellen’s coming out and the burden that lifted from his shoulders. 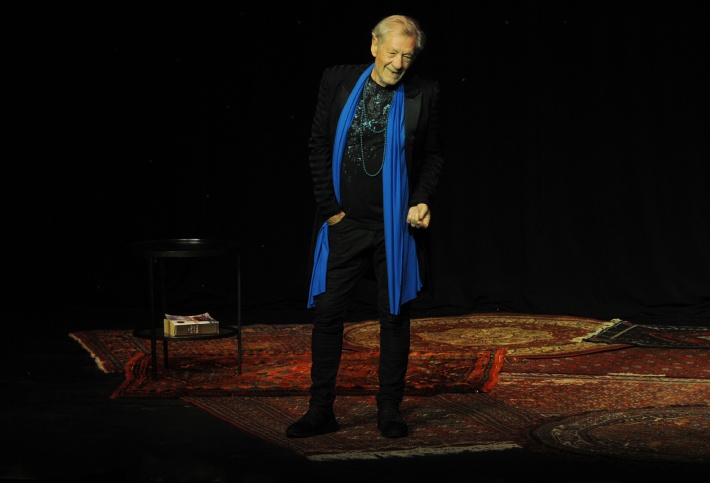 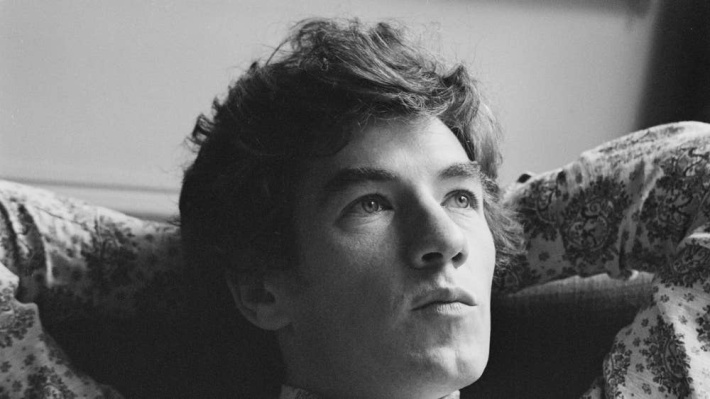 The evening is a series of love letters to theatre, and it is Shakespeare who gets the most mail. In the second half, McKellen asks us to shout out the names of all Shakespeare’s plays and, as we do so, he gives us an anecdote, a reminiscence or an extract relating to each one.

He is at his best, and his simplest, in the “seven ages of man” speech: at one point, his voice even pipes and whistles in a way that signifies old age. But McKellen also proves the value of Irene Worth’s comment that “when you’re doing Shakespeare, you should jazz” and offers a series of riffs on everyone from Romeo to Macbeth. It is an extraordinary feat, and rather like watching a music-hall memory man with an obsession for the Bard. 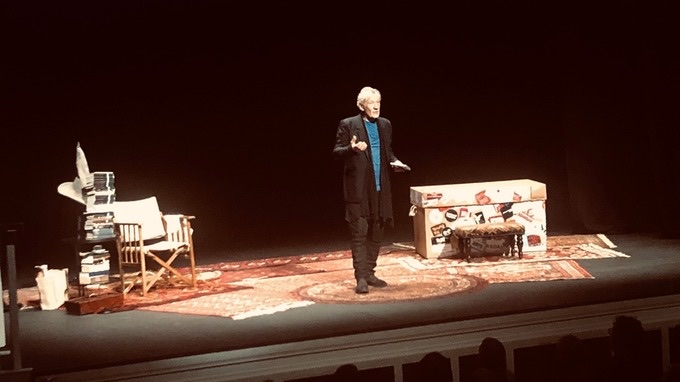 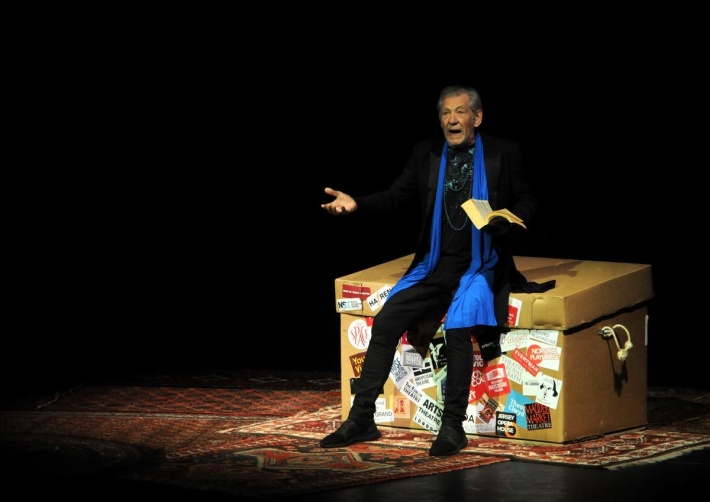 I’d like to have heard more and especially have him do more impersonations of Sir John Gielgud but you can’t have everything and, in just over two and a half hours, McKellen takes us on an engrossing voyage round himself and the British theatre and, wherever he goes, donates the takings to a cause specified by the venue.

And I got to speak with him briefly in the foyer where he was collecting money for his charities. He signed the program, though I was expecting a more elaborate signature, made difficult by having to press on a yellow collection bucket using the hotel pen from my room. I was only able to distract him from his bucket duties by the promise of a twenty pound donation.