Our day began with a most heartfelt lecture from the Dean of Canterbury Cathedral, the Very Reverend Dr Robert Willis on the subject ‘Catholicity and Canterbury’ with a few turbulent priests thrown in for good measure.

[The Dean with SCP Rector General, Fr Kevin Maddy who is also from Canterbury]

We then set off on foot to St Martin’s Church, walking the course taken by Queen Bertha of Wessex when she came from the then Royal Palace (on the site of the cathedral close) to worship at her chapel, as she was already a Christian.

Built in Roman times, it was the church used by St Augustine, sent by Pope Gregory I to bring the good news of Christ to the Anglo-Saxons. Here in 597 AD Augustine worshipped with Queen Bertha and baptised her husband, King Æthedberht.

This is the oldest church in the English speaking world and, with the Cathedral, forms the Canterbury World Heritage site. 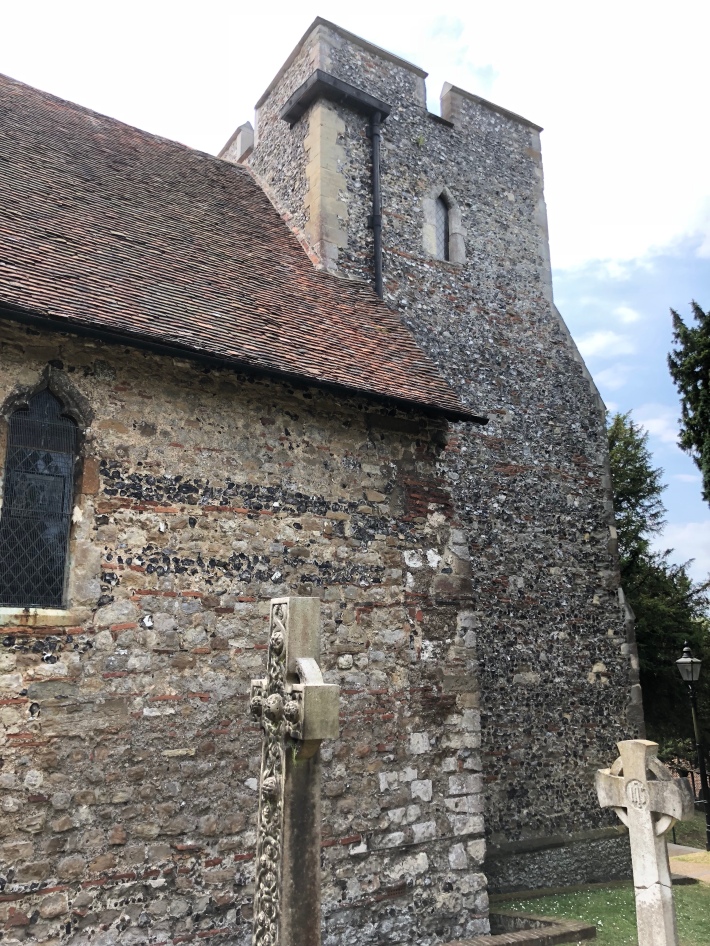 It was the Australian SCP members conducting today’s service on the feast of St Thomas, apostle and Martyr. 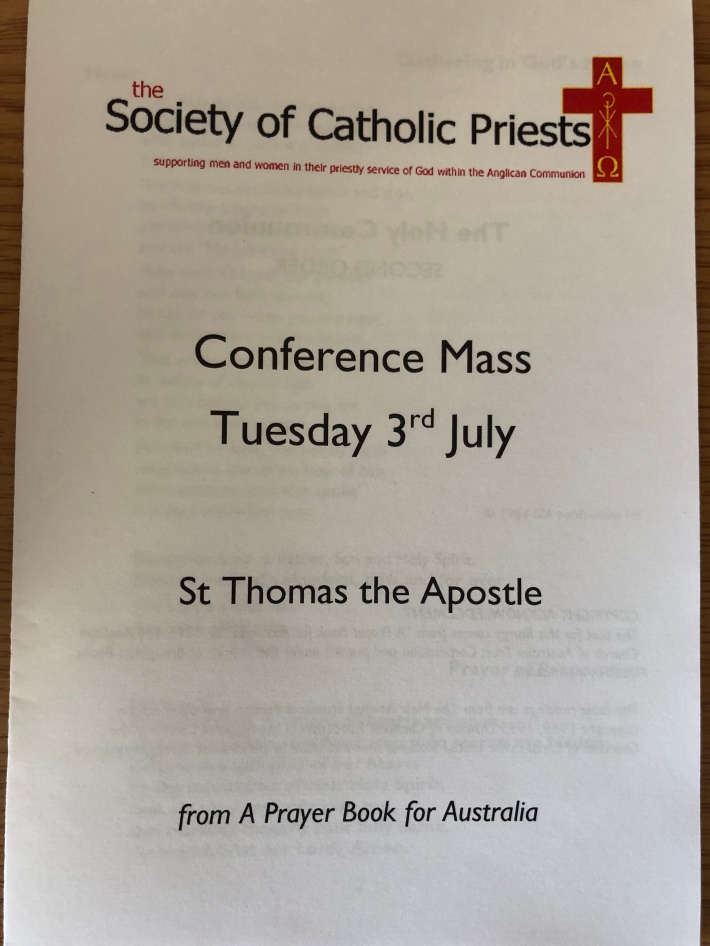 Fr Shane Hubner (Melbourne) was our celebrant and preacher.

Mother Janet Killen from Newcastle read the lessons and psalms, 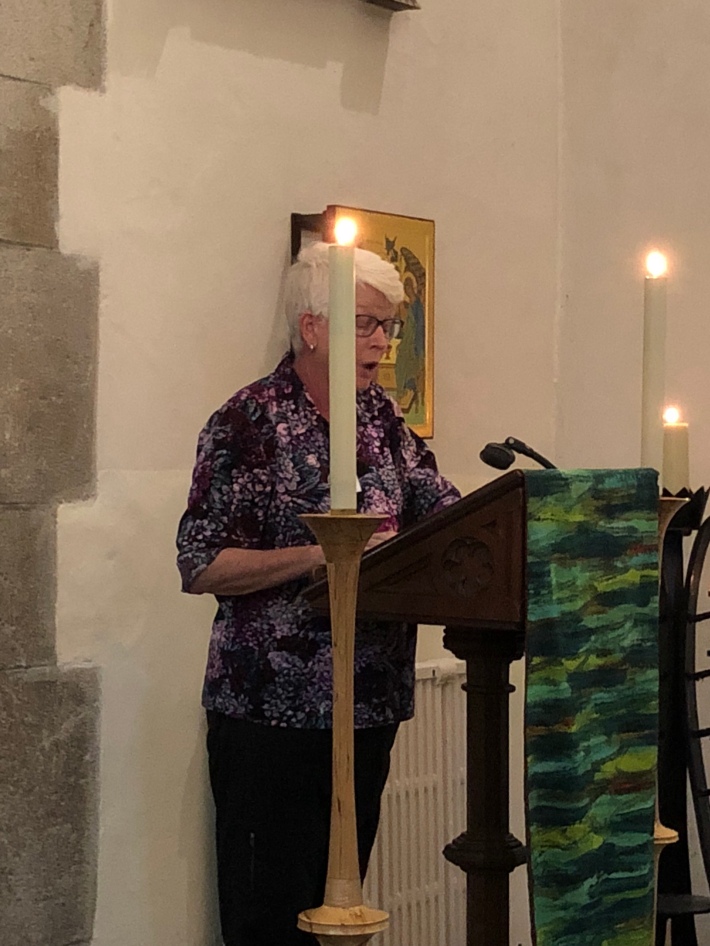 whilst I led the intercession.

What a special place in which to have had the honour participating in the Mass.