Beautiful weather in London this evening. A pleasant stroll to Shaftesbury Road, through Russell Square, for  a curtain up at 7pm 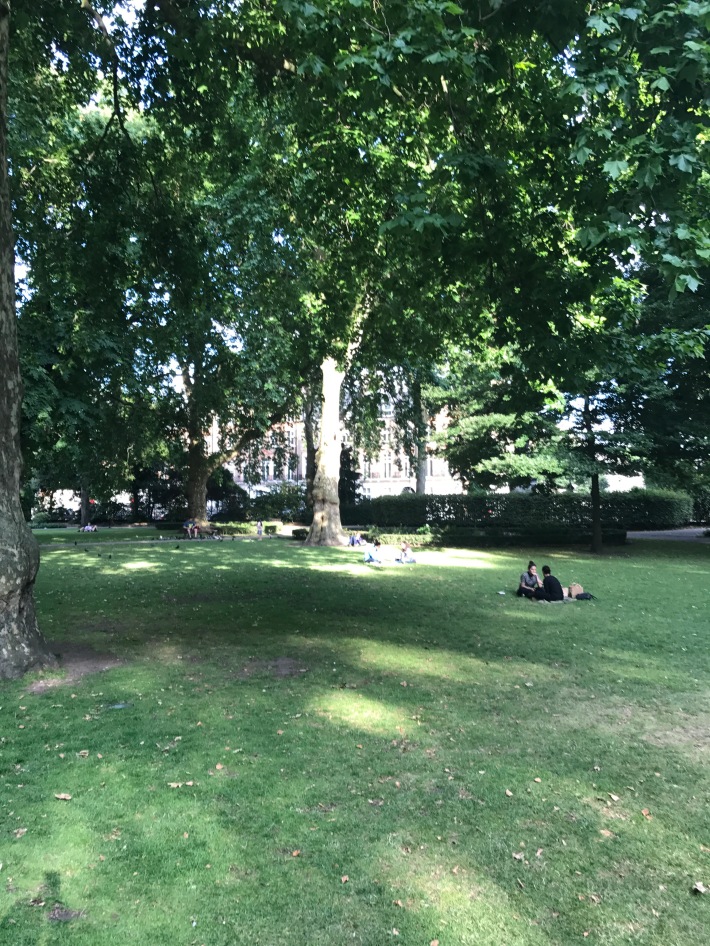 Tonight I was at the Gielgud Theatre. 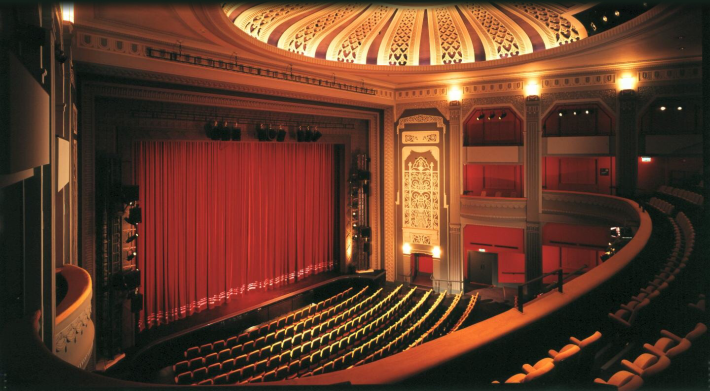 It is a nice theatre, with a domed ceiling with a chandelier set in its centre. You can’t quite see the chandelier in the photo above, but I was looking right at it – because somehow I was sitting in the Grand Circle. – total nosebleed seat.  Not the worst seats, those behind me looked diretly at a wall and could only look downwards. At least I had the chandelier . I liked the chandelier better than the play. 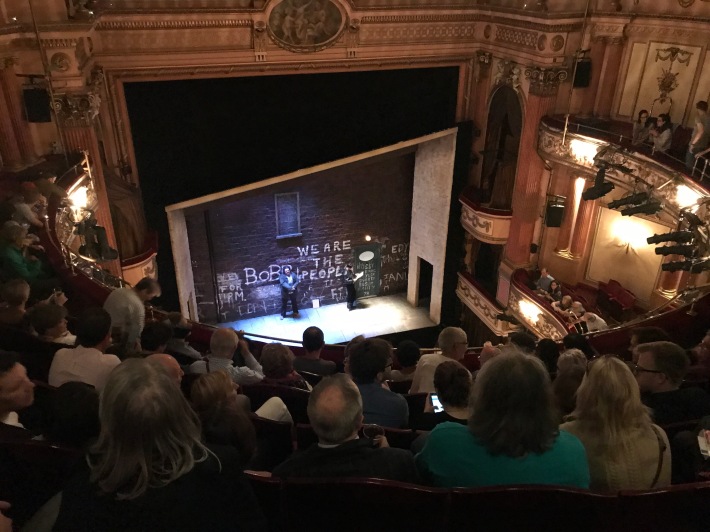 I was attending a performance of The Ferryman, a play by Jez Butterworth and directed by Sam Mendes. Time Out describes this as ‘the play of the year’ – if so, we are in trouble.

Let me suggest that the oddly shaped proscenium above the stage could have been put to good use as a screen for surtitles, then at least we might have had a chance of understanding what the actors were saying. Thick Irish accents particularly from children (there were more kids than Annie) are hard to hear in the bleechers.

The play was set in Northern Ireland in the early ’80s (I’ve lost you already,  haven’t I?). A Roman Catholic household, with a priest who came and went as he pleased , children for days, a sister-in-law, two old aunties (one of whom was unconscious for much of the first act – lucky her), one uncle and a wife who spent most of her time upstairs in bed (wise move), IRA mobsters. A cast of twenty-one. 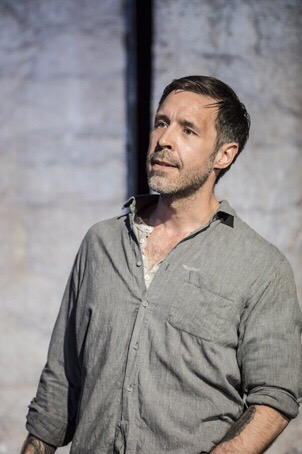 The father of seven had taken in his sister-in-law in after his brother, Seamus Carney, had mysteriously disappeared 10 years earlier and the play opens with the family priest being told that Seamus’ body had been found. 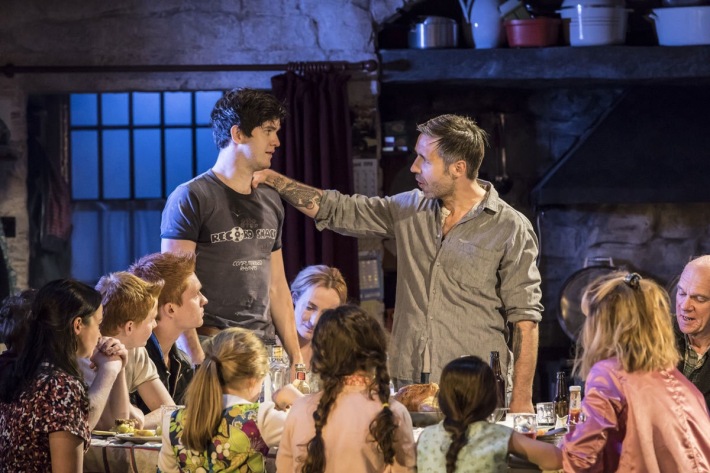 The play reminded me of the television series, The Waltons. They ittitatingly called each other by their full names.

The IRA were concerned to ensure the family didn’t blame them, when clearly they were guilty, and this tale of inter-generational hatred continued for three hours and ten minutes.

I thought I did very well. I lasted 180 minutes before I, rather uncontrollable, blurted out “Stop swearing”.

All the ‘action’ of the final five minutes was so out of character from what had droned on before, I found the whole piece extremely unconvincing.
No wonder that the highlight of my evening was when, on exiting the theatre by a side door, I should literally run into Ben Affleck as he left the theatre (presumably by the front door) and got into a waiting car (with heavily tinted windows) right in front of me. I could have got in too, but would have had to deal with three bodyguards. Having had the life sucked out of me by that play, I opted just to smile for the cameras – there were plenty of paparazzi.

A late dinner in Soho seemed the order of the evening. Old Compton Street was a buzz (Saturday night). Not sure what this car and the street dancing was about though. 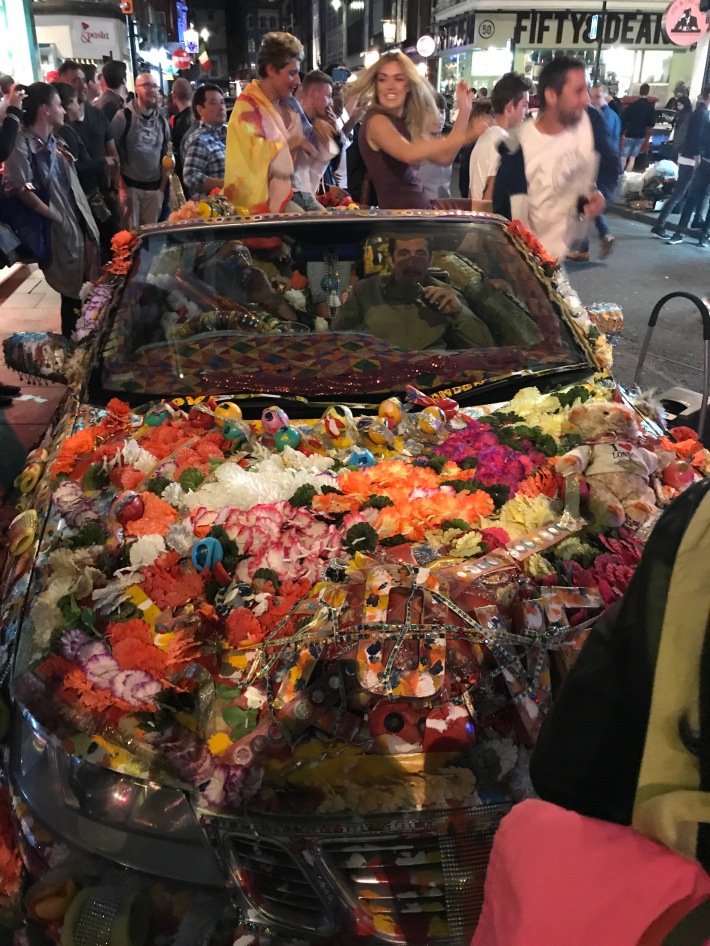 But there were plenty of revellers about. 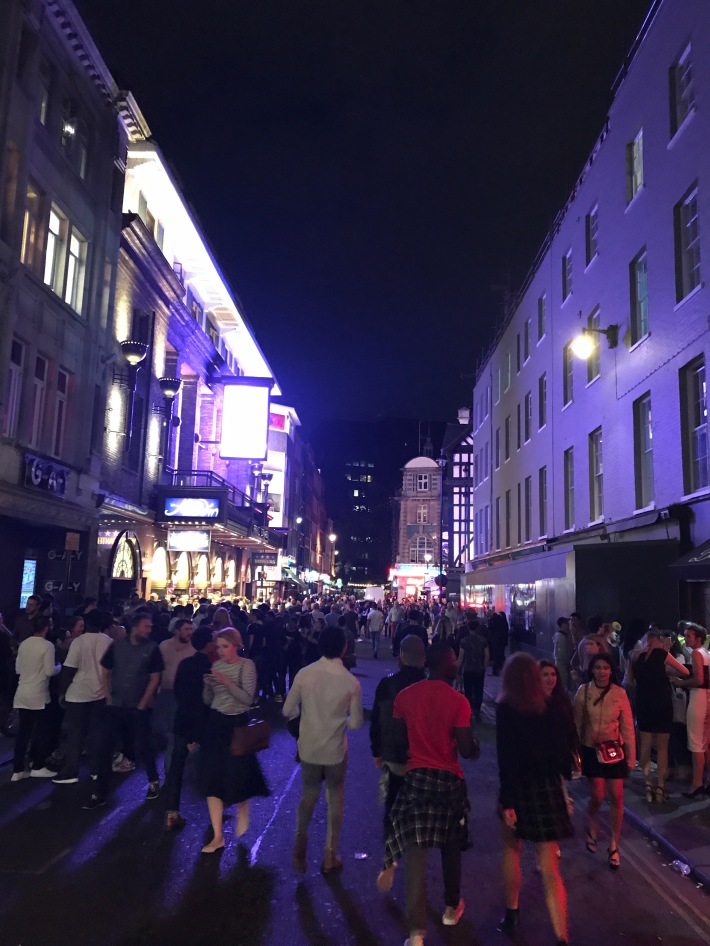 Although my favorite restaurant, Aldo’s, has closed, I did opt for Italian. (Yes, Jenny, I did eat all the vegetables). 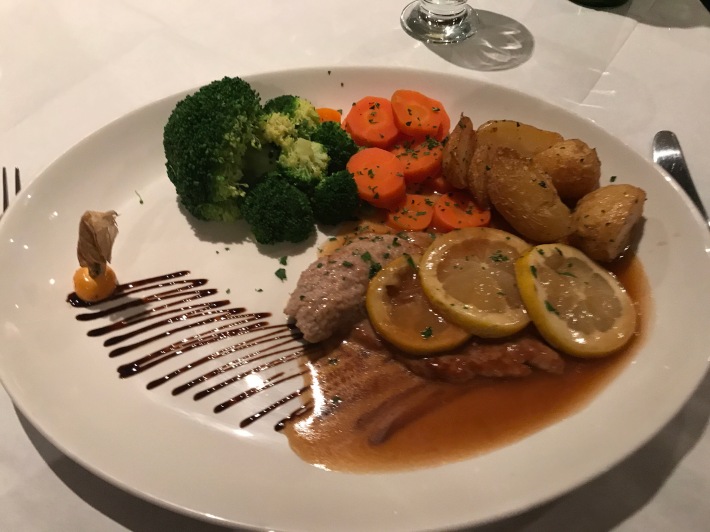 This was followed by a stroll home past the old Centrepoint building, being converted to apartments and now over the yet-to-open new tube, the Elizathen line (cross rail). 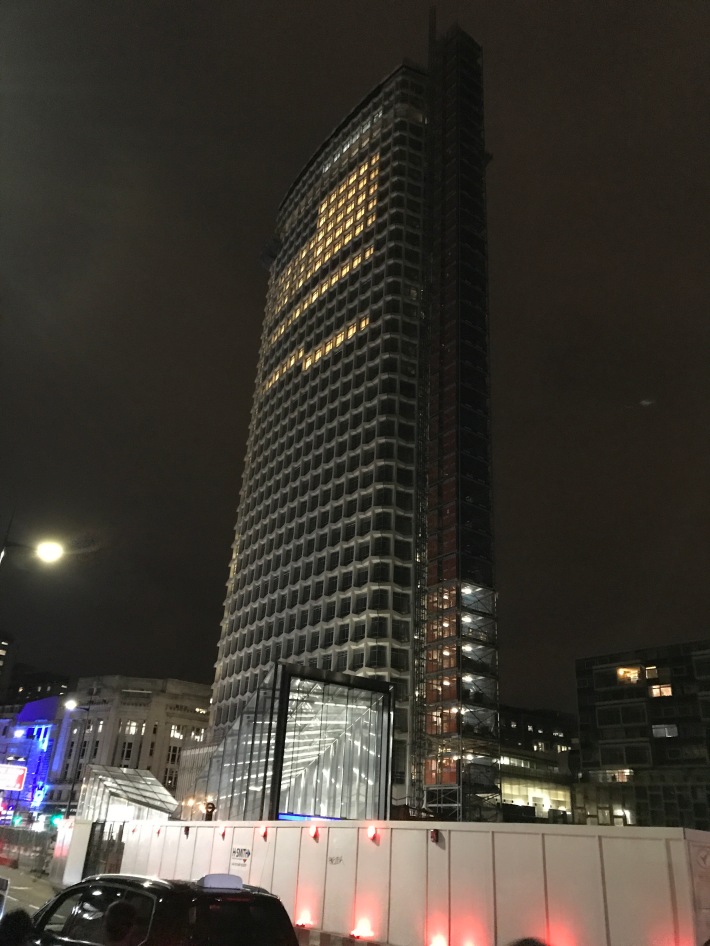 Always a please to be back in Cartwright Gardens. 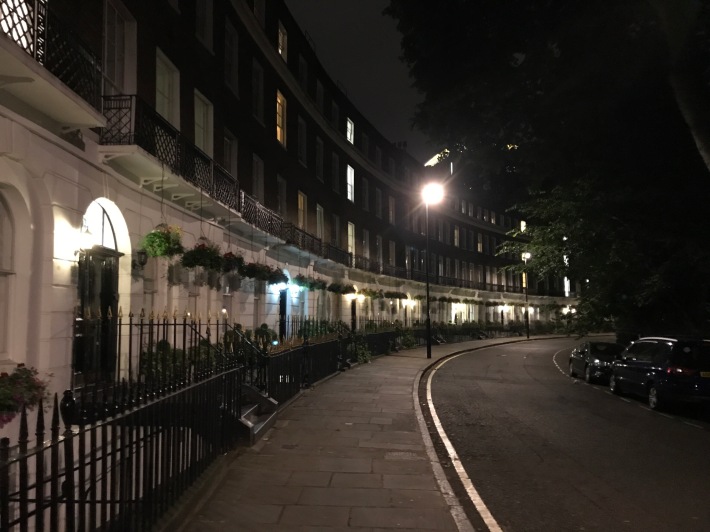