In the afternoon of my day tour we visited two further Gaudi institutions. The original idea of Park Guell was to create a private residential garden city for wealthy Barcelona residents (developed by th Guell family), who could then live in Park Guell on El Carmel hill above the smoke and noise of Barcelona’s city and with lovely city views. 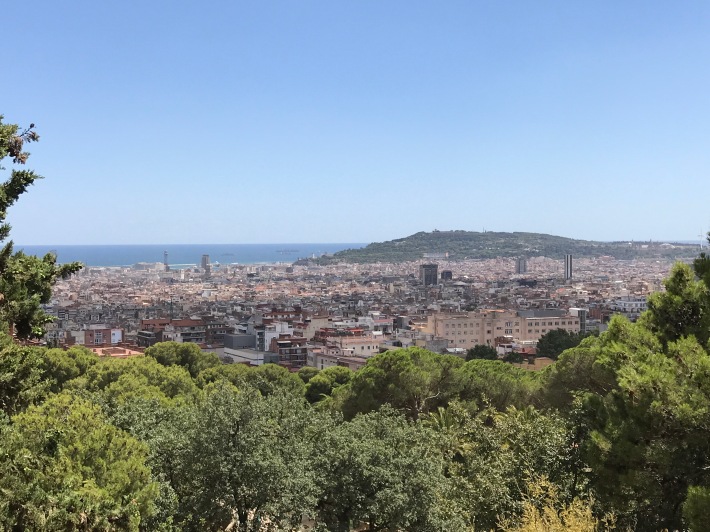 The idea did not work, perhaps due to the remote location. Only one house was built. 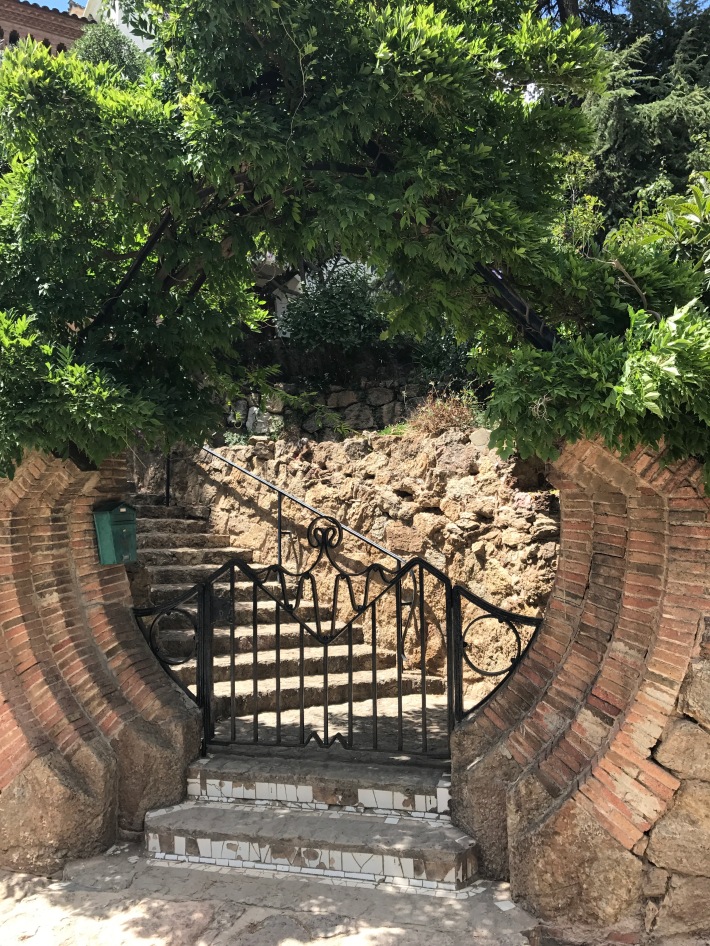 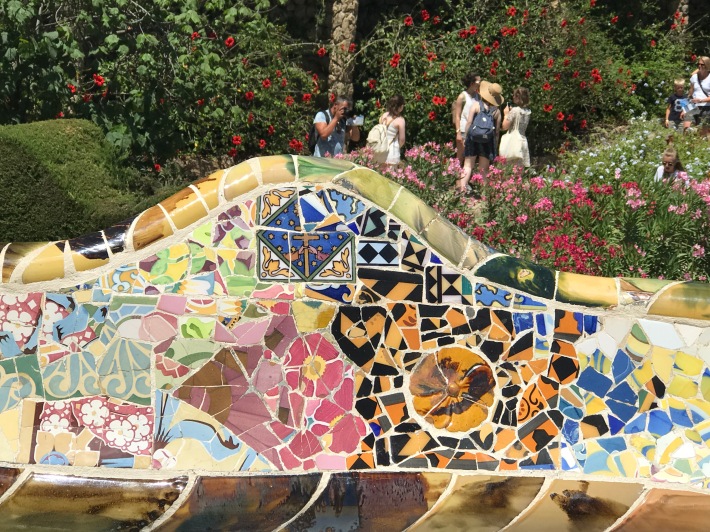 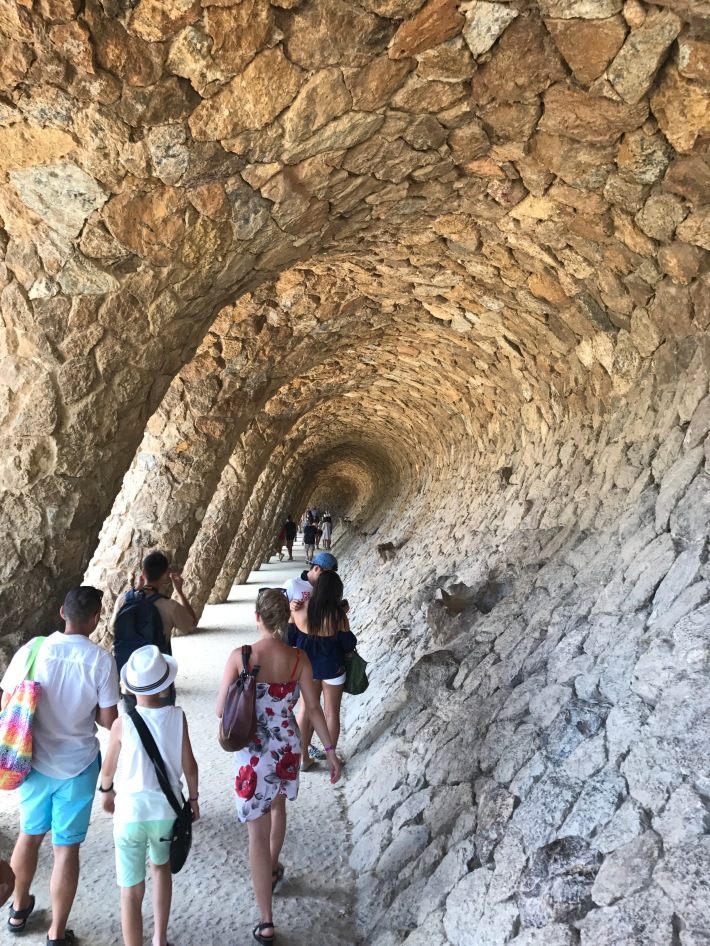 Gatehouses influenced by the story of Handel and Gretel. Are you beginning to see why this subdivision might have been a hard sell?

Finally we visited what I think was his best work – the apartment building La Pedrera on Barcelona’s chic shopping street (its Rodeo Drive or Collins Street as it one was, but so much bigger) – Passeig de Gracia. 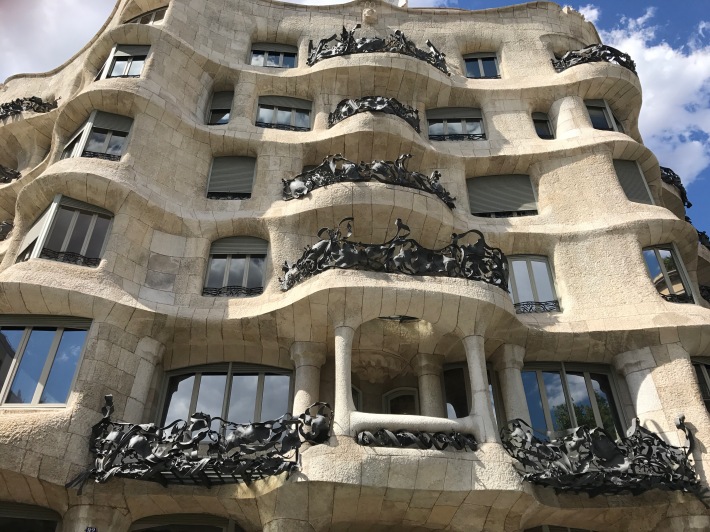 Built be the Milà family (and also known as Casa Milà) the building was designed as their home on the whole first floor (with access by lift or stairs, and the remainder of the building as apartments, as they remain today, tenancies never sold but passed down through families. 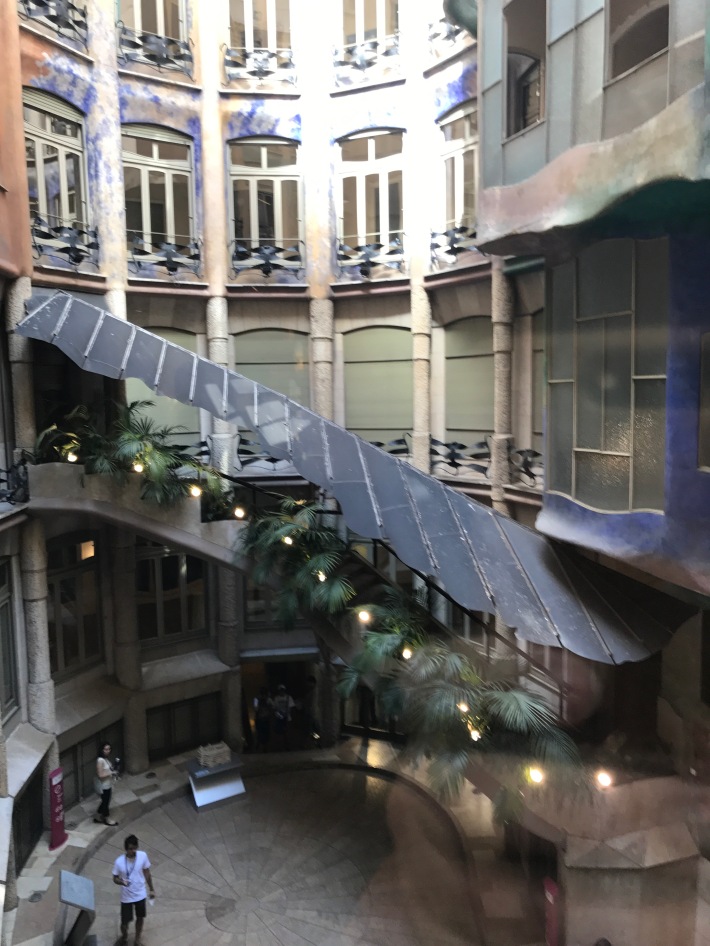 The attic, now an exhibition space. 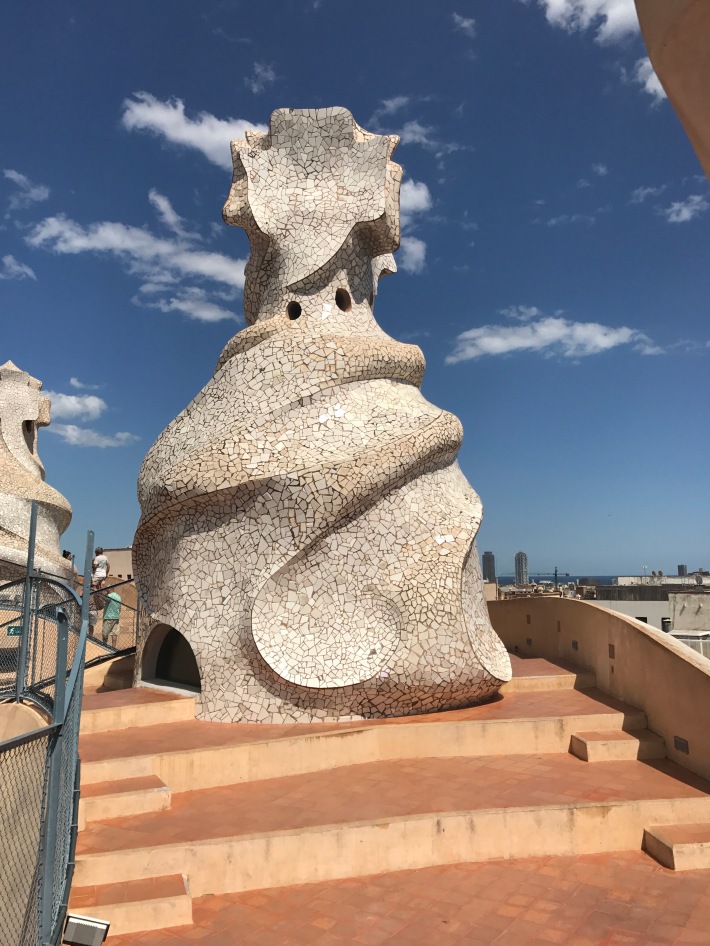 The Milà’s whole floor apartment is now an exhibition space.

This is now my second favorite building in Barcelona.