In the shoes of The Fisherman 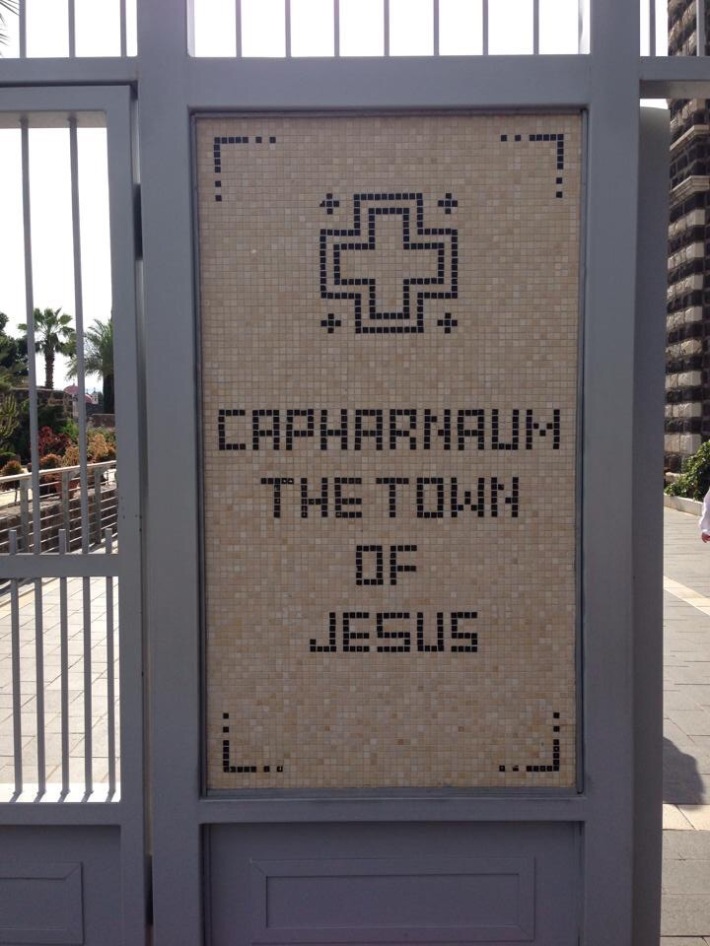 Early morning rise for morning prayer by the Sea of Galilee.

Journey to Capernaum, and the house of St Peter’s mother-in-law. 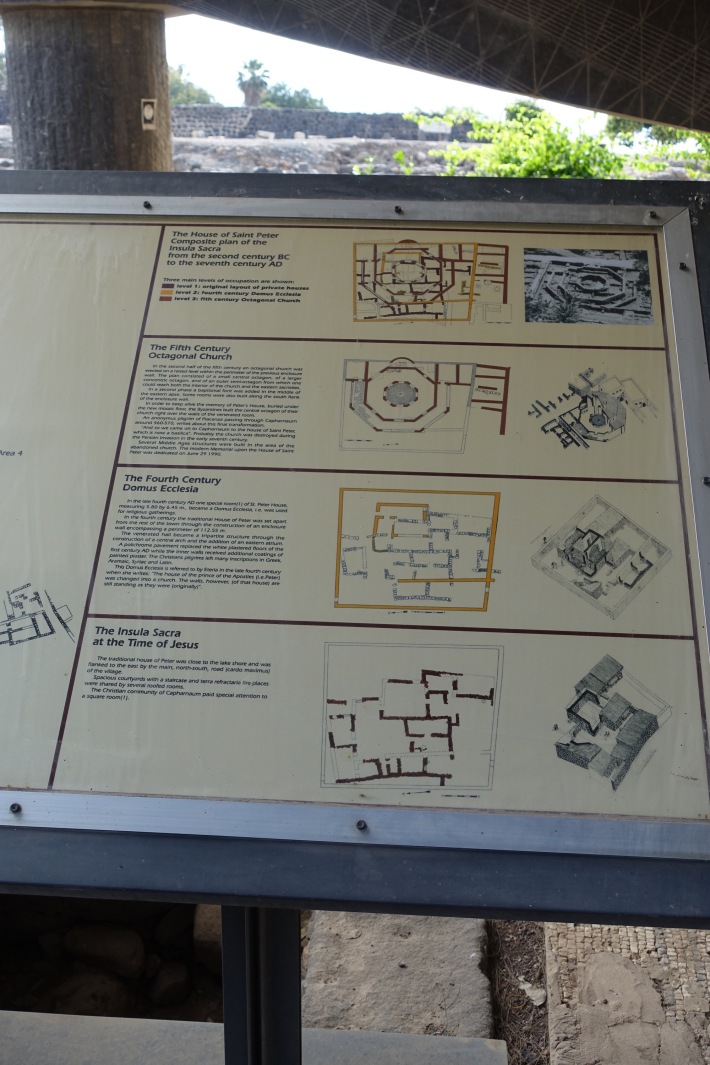 Ruins of St Peter’s home, with modern church above.

Houses were build down a metre into the ground to give warmth in winter and coolness in summer. Steps to an ‘upper room’ (below). Easier access to lower the paralysed man through the roof than I had imagined.

Star of David, and a menorah, in the frieze of the synagogue.

Nuns do let their veils down on ocassion. 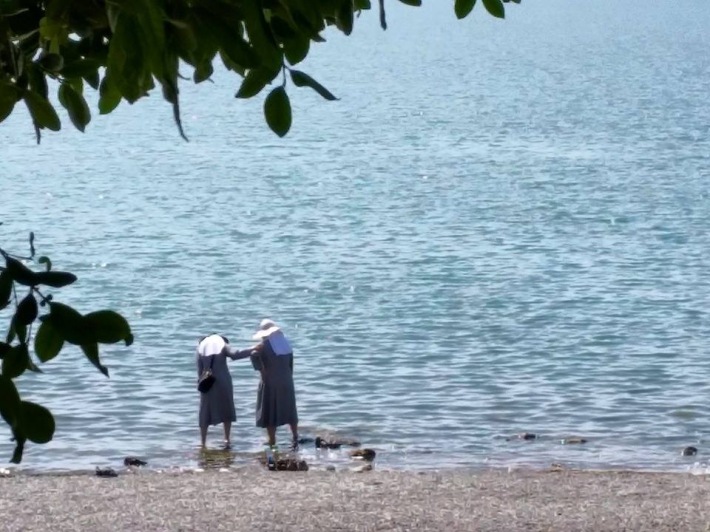 The beach of the fishermen where the risen Christ appeared to his disciples.

It seems that Jesus cooking fish on the shore and Peter swimming in when he recognises the risen Lord may not be so kindly received by the current local authorities.

The rock at the beach where Jesus had his barbecue of fish.

Jesus asks Peter does he love him three times and used three different Greek words encompassing all types of love. Jesus indicates that it is on this that he founds his church – either on Peter or perhaps those who fully love humanity (with the types of love that Peter expresses), with Peter as a ‘type’ of Christian witness. We accept the Primacy of Peter (as the church is called) as expressed by Christ, not convinced Jesus intended to initiate a chain of elected successor Popes though. 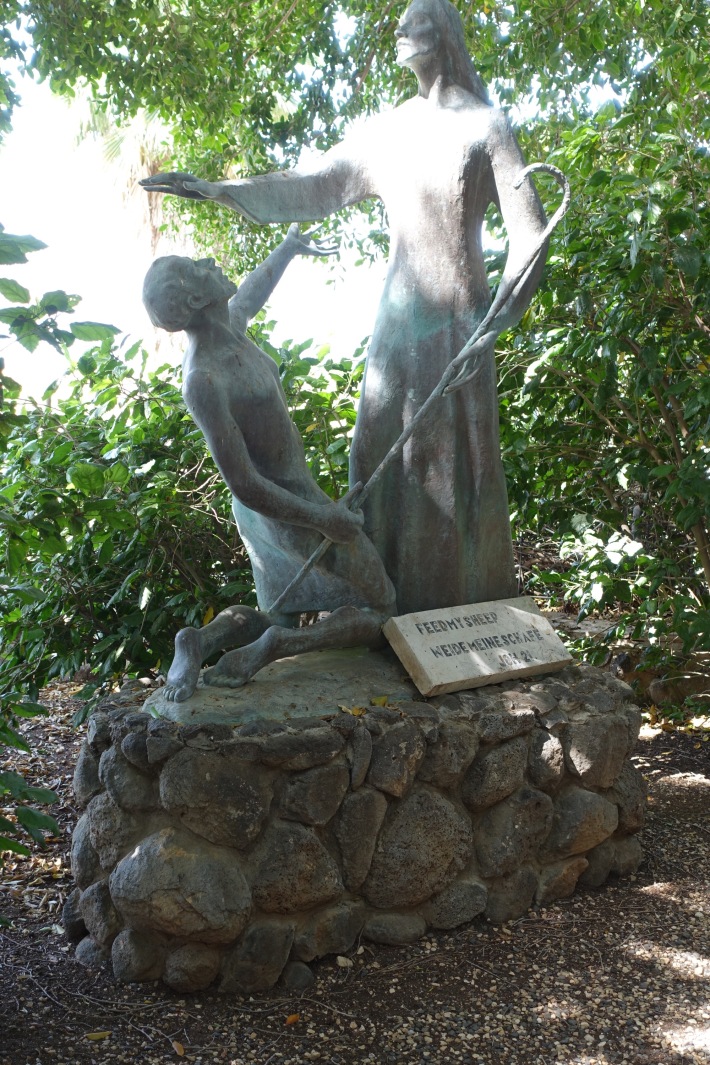