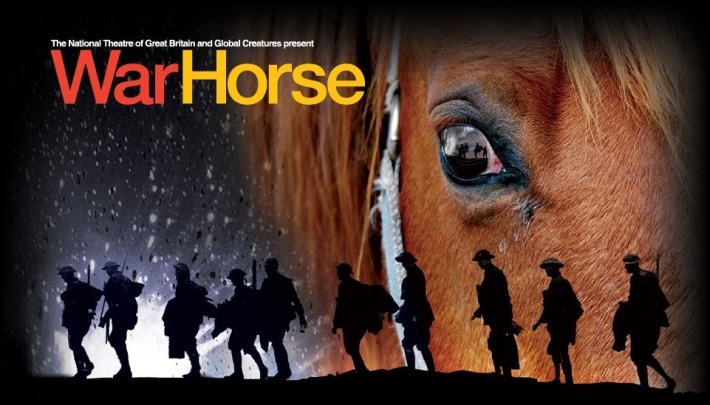 Mea culpa. My bad. It was entirely my error which may have led you, as it did me, to think that Warhorse was the National Theatre of Great Britain’s actual production on tour in Australia. In July I just missed the performance at the National Theatre in London because it was moving venues. When I recently saw it billed as produced by the National Theatre and for a limited season here in Melbourne, I imagined, wrongly, that it was the English cast on tour. This impression was confirmed when I briefly glanced at the cast list and recognised no-one. Clearly, thinks me, this is the English cast.

So in my review yesterday I was circumspect in my criticism of it, thinking that the English must be accurately portraying life in Devon in the early part of the last century with impenetrable accents and Cold Comfort Farm-like characters. Then too the depiction of the English soldiers in WW1 with all the aptitude of Dad’s Army must be okay if the English are sending themselves up, even though the story didn’t suggest a comic interpretation.

A billboard over the Tullamarine Freeway claims that this production is ‘mind-blowing’, according to Channel 7. (I’m not sure how a channel forms an opinion but clearly the reviewer would not want to put their real name to such an accolade). Indeed I can well imagine many blowing their stacks when they realise they, like me, have paid $129 to see a bunch of unknown gormless Australians mercilessly under-perform. That’s twice the cost of the London tickets, which could only be justified it you had actually imported the actors from London.

This performance better resembles a chicko roll in a paper bag rather than the expected Devonshire tea at The Windsor.

So if in yesterday’s review I left the impression that there was any merit in seeing this because it was the National Theatre on tour, please be disavowed of that prospect. If, however, you would like to have your pocket picked in the comfort of the State Theatre, then proceed with haste before the not-limited-enough season ends.