Another art show in the country. This time a launch in Kyneton, at the large gallery space ‘Stockroom’ in the trendy Piper Street not far from St Paul’s Anglican Church. It was a cold and rainy day, but after a Vestry planning meeting in the morning, I journeyed out of Melbourne for an exhibition opening at 4.30pm. I had plenty of time so I drove on via Daylesford but it was just too cold and damp to walk around, so I grateful for the warmth of the car. 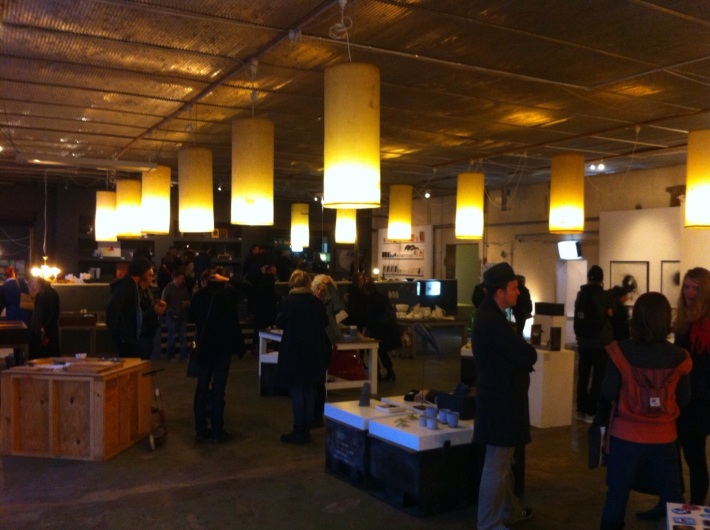 All the inner city Melbourne trendies were arriving and I felt naked without a pork-pie hat or a beard. Some very cutting edge items were on display, not all to my taste especially the audio exhibit and a couple of odd installations.

You never quite know where to stand in case you have accidentally walked into someone’s exhibit. I remember once picking up some pebbles I thought had been dropped on the floor of the Art Gallery of NSW only t find they were, in fact, an exhibit – 3 pebbles. Honestly.

I did like this large bronze of a container – quite monolithic and detailed.

And these bronze wings on a plinth were also good.

I had primarily come to support artist Nick Ives whose work was also part of a group exhibition, within a wider collection of artistic work.

This particular ‘head’ of his took my fancy.

There were a variety of other works such as pottery, textiles, clothing and glass. I had to be stopped from buying myself a polished concrete ring which would have doubled as a knuckle-duster.

For me the surprise work was a metal laser-cut screen entitled ‘Batman and the Lamb’. Apart from its Christian inference, it was quite eye-catching ($4800). 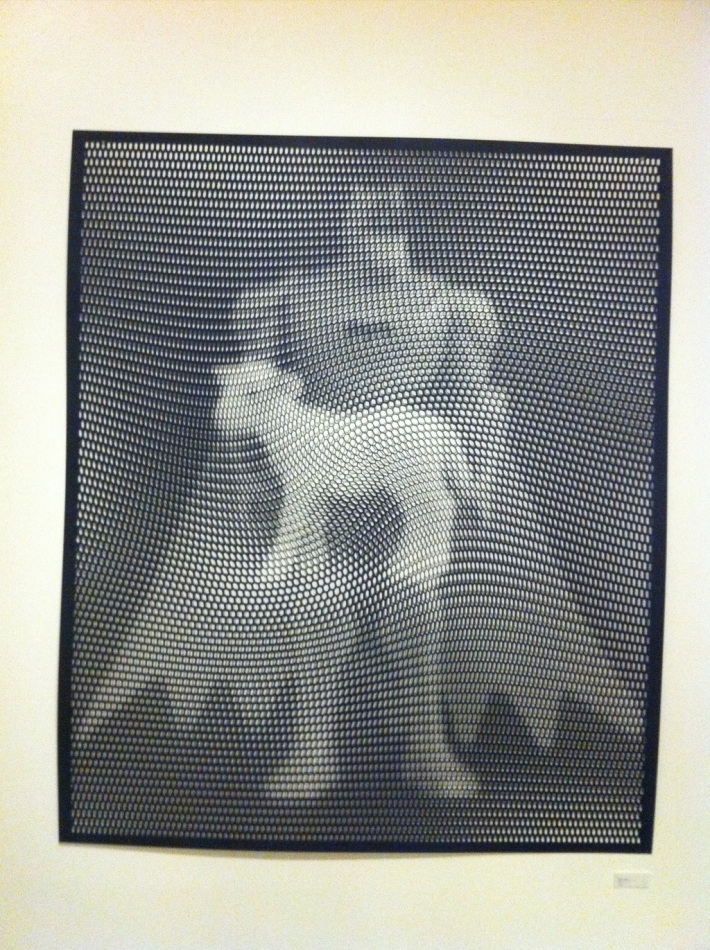