The return of the native

The plane landed at 5.30 am on Saturday morning. It was still dark and would remain so for some time. It also was cold, very cold and had been for some days. I recalled my need for a hat to protect from the sunshine in Rome, and sighed.

Our disembarkation was delayed slightly as someone had taken ill during the flight (they had called for a doctor on the PA system) and so a quarantine representative had to join the flight first to ensure that the rest of the passengers had not been exposed to something which would require their, and my, quarantining. I recalled the days when every plane was sprayed for insects on arrival whilst the passengers all held their noses. Appears the insects may have won that round.

We were told we could switch on our phones. Mass fumbling amongst the passengers ensued in the rush to get messages whose delivery was delayed during our flight. I received an email from my bishop confirming that the request for a curate, which had been sent following my day in the country on Monday has approved. I was sure the parish would be delighted to know that Jenny was returning to us in November.

I resisted buying any more duty free things as we entered the terminal. It was a race for the immigration queue and I was in no mood to be distracted. All progressed well and my suitcase, bearing it’s label ‘Heavy- Bend Knees’ was already circulating on the baggage conveyor. Strangely the bag didn’t seem as heavy as it did originally. Perhaps it was the energy from all those airline meals!

I was met by my driver and we proceeded outside towards his car. It was cold and now I could feel it. We had a virtually traffic-less journey and I arrived at the vicarage about 6.45am. It was still cold and dark, but the sensor lights on the driveway assisted in our gathering my luggage together by the front door. At first it appeared to have been raining and the verandah seemed to reflect the light. I realized that, in my absence, the floors had been repainted. How thoughtful. 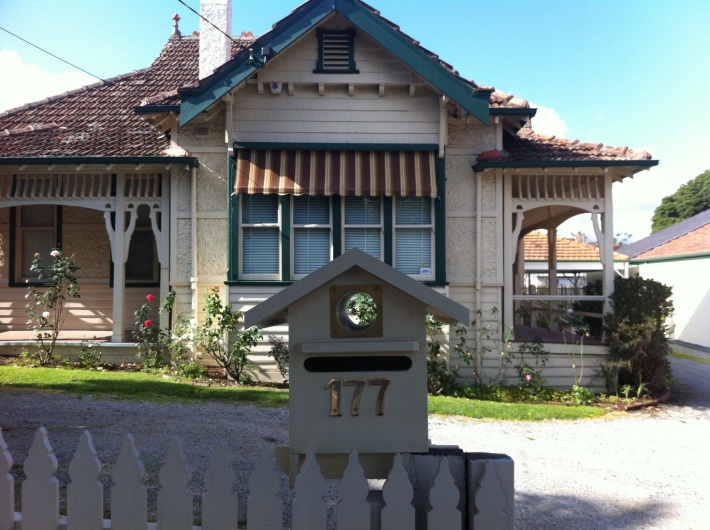 New picture rails had also been installed in the hallway. This will enable me to hang some paintings which have, till now, been sitting on the floor of the hall because I can’t put hooks directly into the old plaster and lath walls. [Note to self: must try to and pictures before bible study group on Wednesday evening].

One things was missing – my four legged friend. I rang Jill at a respectable hour and arranged to collect ‘Duchess’. There was much sniffing to be done around the vicarage to ensure that she had not missed anything during her vacation.