What to wear to visit the Pope? No seriously, after the heat of yesterday, we were faced with the prospect of having to wait in the sun of St Peter’s Square for and hour and a half before our audience. Do I wear my cassock, even if it is the thin cotton one? All that black on a sunny day?

We began to assemble in the foyer of our hotel, the Residenza Madri Pio. Yes, cassocks were the go, but so was a bottle of water.

The Lord Bishop of Ely would lead us across the road to St Peter’s. All 88 of us assembled for a photo opportunity on the hotel stairs only to find there was not enough room to get us all in shot. So off we went, in pairs like Noah’s collection.

We queued as proper Englishmen (& women) only to find that such niceties don’t apply at a multi-cultural event. Ultimately it was just every priest for themselves and so we just joined the crush. Once in the gate, it was clear that we were being directed in the indoor audience hall, and this was quite a relief – I could ditch the bottled water protruding from my cassock.

I was ushered towards the door leading to the front of the hall. Gradually our members gathered at this spot so that we could be seated together. As I passed each Swiss guard, they would salute me as clergy – recognition at last, I thought.

Finally inside we took up our position. In recognition of the place of the Anglican Communion in international affairs and the church catholic, we were seated in the place of honour usually reserved for American nuns – between some intellectually handicapped adults from Rome, and a young Mexican Mariachi band. 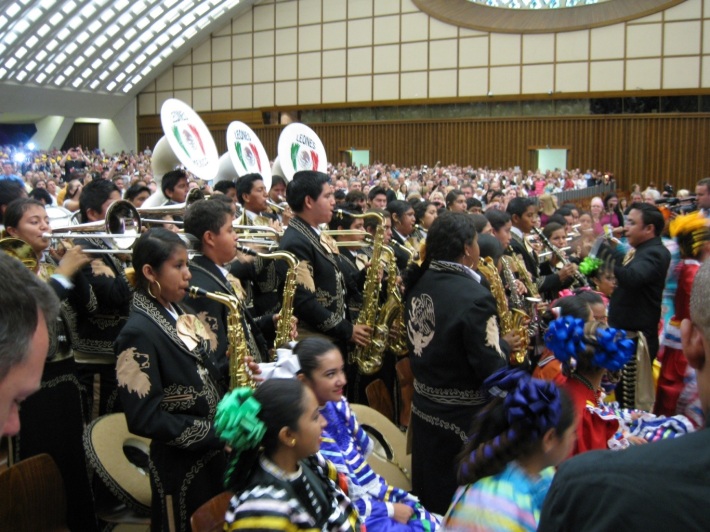 I could tell the band would be stiff competition for the Pope’s attention. Had I realized that musical instruments were permitted through the metal detectors at the entrance, I would have suggested that we bring some alluring bagpipes.

The Pope was very welcoming.

He had plenty to say.

And greeted us in English. 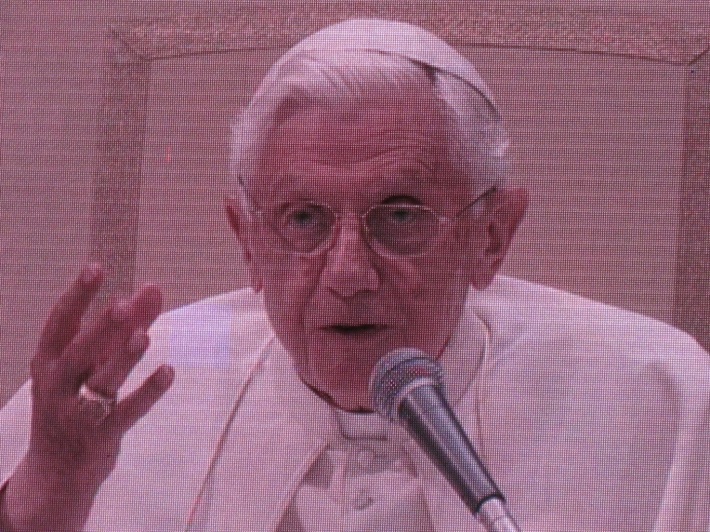 He was slightly unnerved when he realized some of our clergy were women, 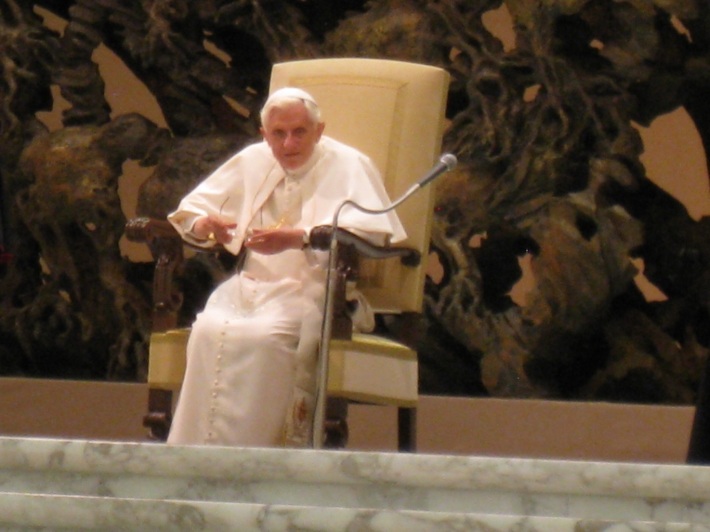 despite this being a matter of total fascination to the rest of the audience.

Despite this revelation clearly giving him indigestion, he gave us a special blessing for ourselves, any objects we may happen to have with us and for us to convey to our congregations back home, so I will deliver that on my return.