A small group of us were blessed with a guided tour of this hall of residence through the connections of the Revd Dr Keith Riglin who is both an alumni and a member of the governing board. It has a central quadrangle (don’t they all) and others formed by the residential buildings. 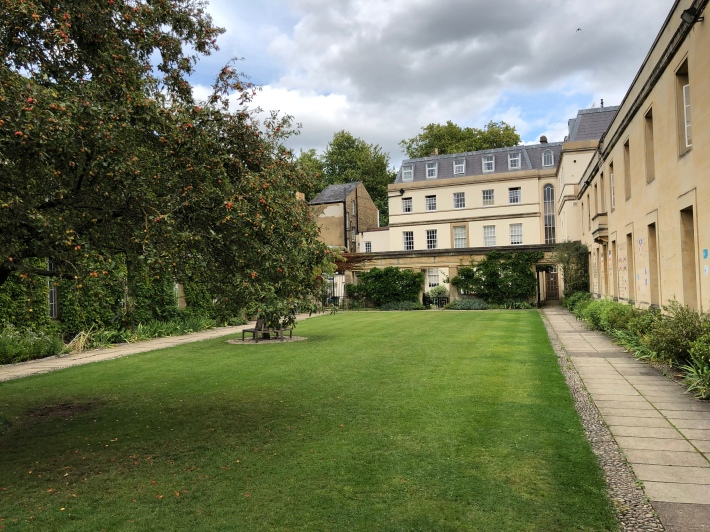 In fact it is situated behind the Eagle and Child pub.

As its name suggests, the college was foundered in London in 1810 but moved to Oxford in 1927 with the construction of the first building on this site.

Endowed by the Baptist Church, it contain the church’s archives. There are tributes to the Baptist missionary, William Carey, of Carey Baptist Grammar (Melbourne) fame 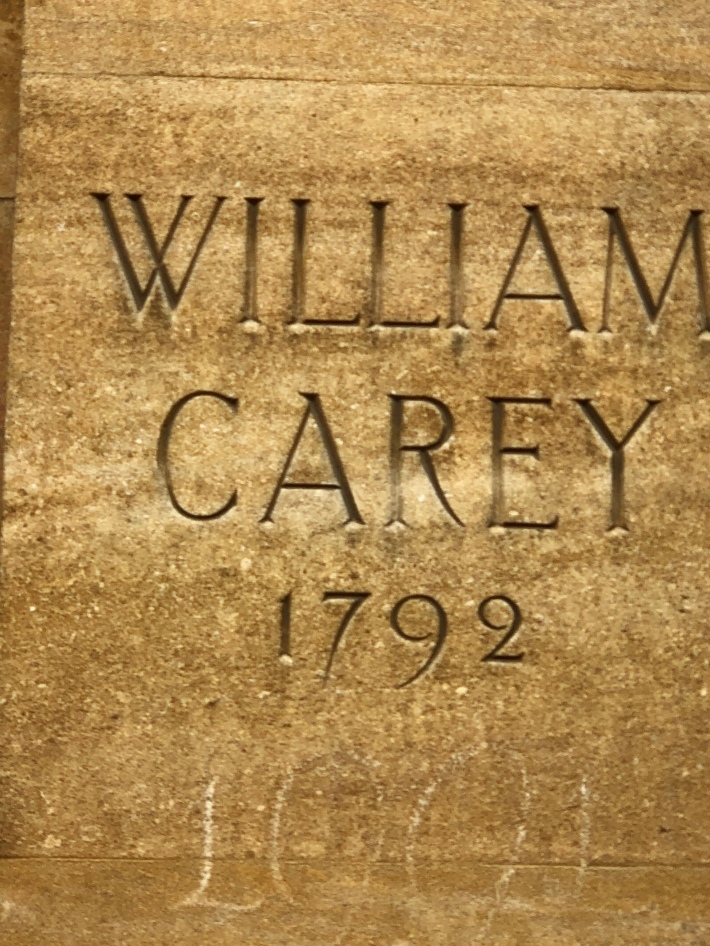 including the bed on which he died in India. 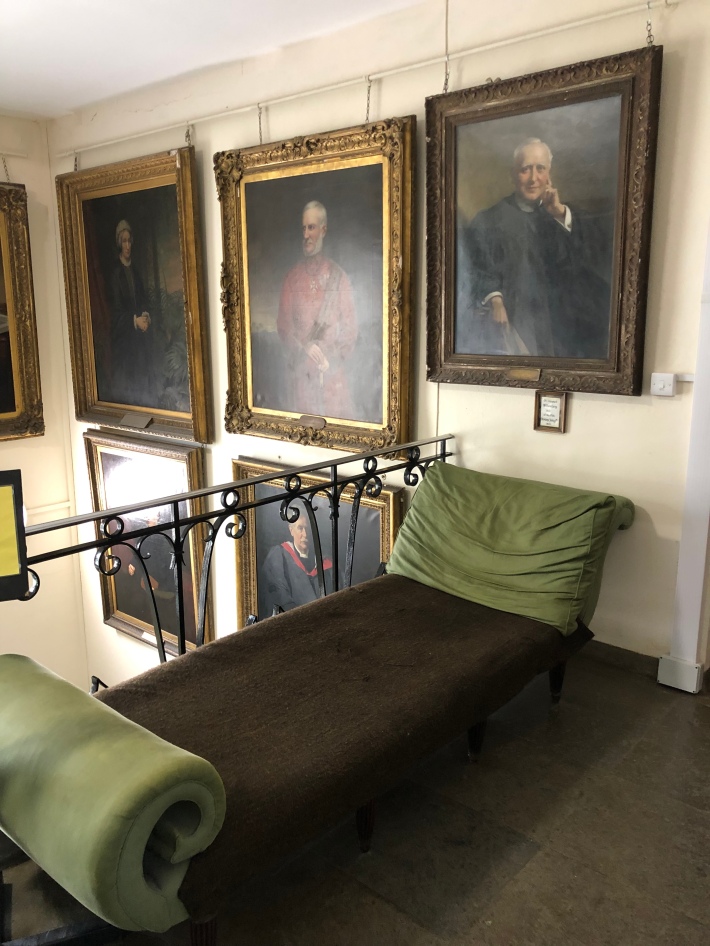 The buildings retain some Art Deco influences of their period.

When the Franciscan college, Greyfriars, closed in 2007, the 36 students transferred together to Regents Park College and it remains a mixed college of Baptist’s and Roman Catholic students. The two crests of the colleges are shown below: 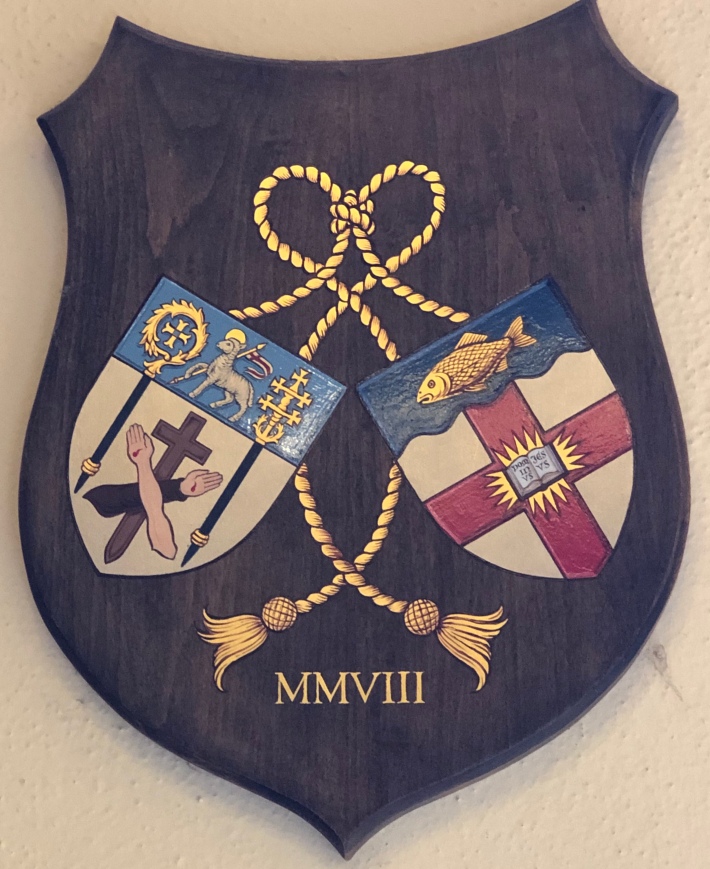 There is a small chapel on an upper floor.

The Revd Jane Shaw was the first female fellow of the college. 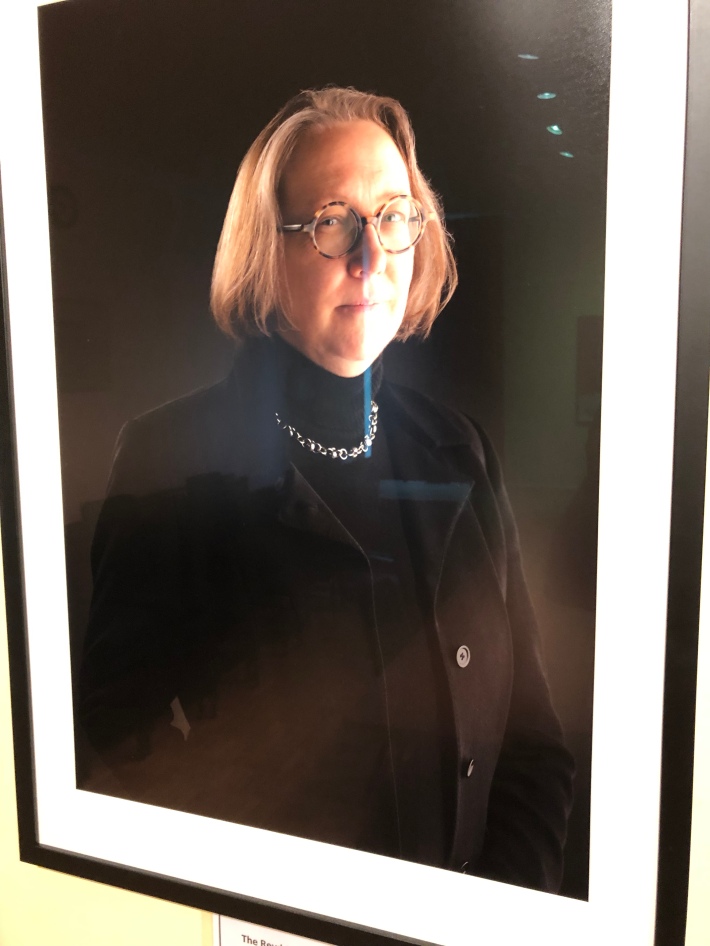 She was subsequently Dean of Grace Cathedral in San Francisco and is now Principal of Harris Manchester College, Professor of the History of Religion and a Pro Vice-Chancellor of the University of Oxford. She gave us this week’s plenary keynote lecture on Sacrifice and Spirituality, or more fully titled: 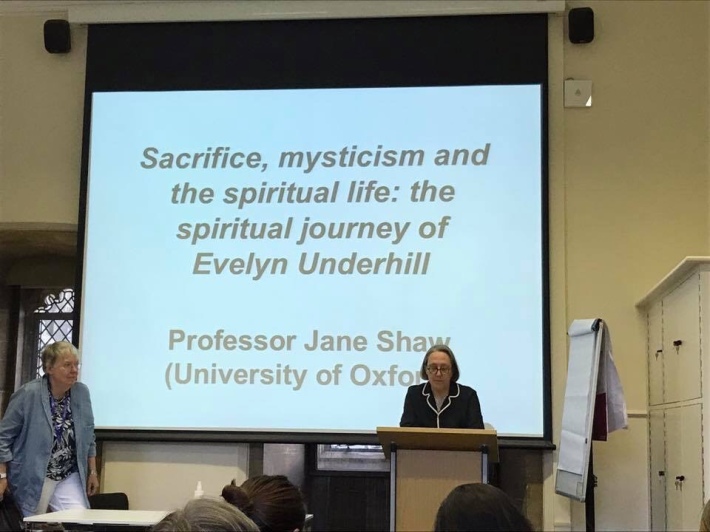