Elsewhere in the church, the to  of Christ as even excavated around and clad so that it bears no real resemblance to its original appearance. 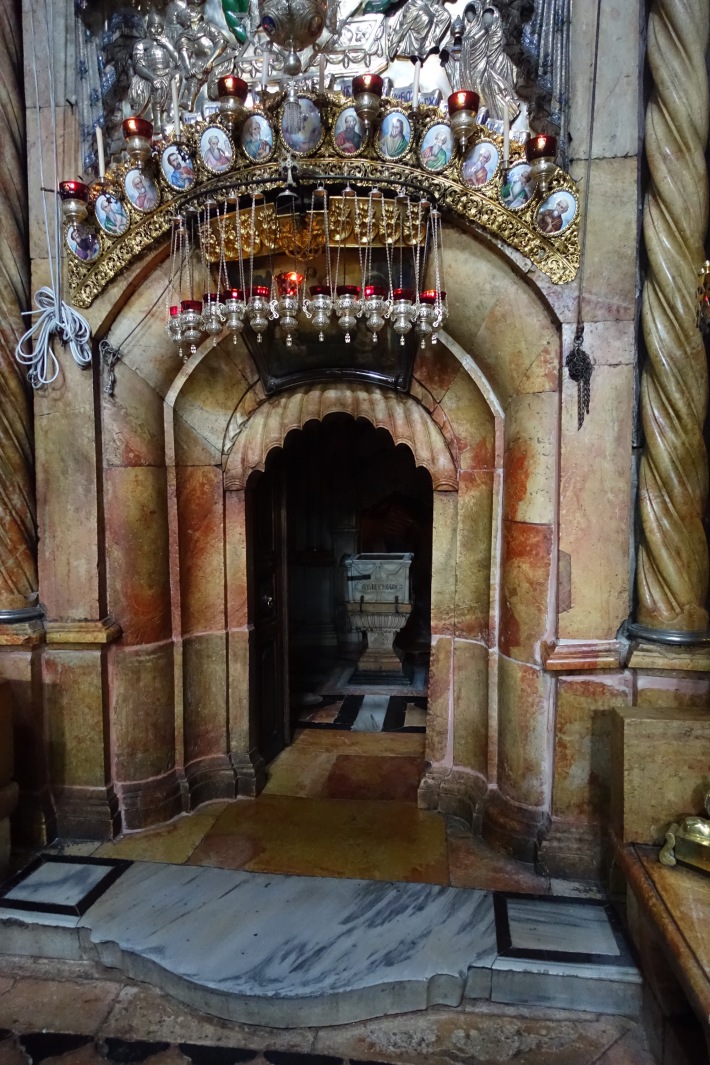 We did get to enter through the preparation room to the tomb itself. 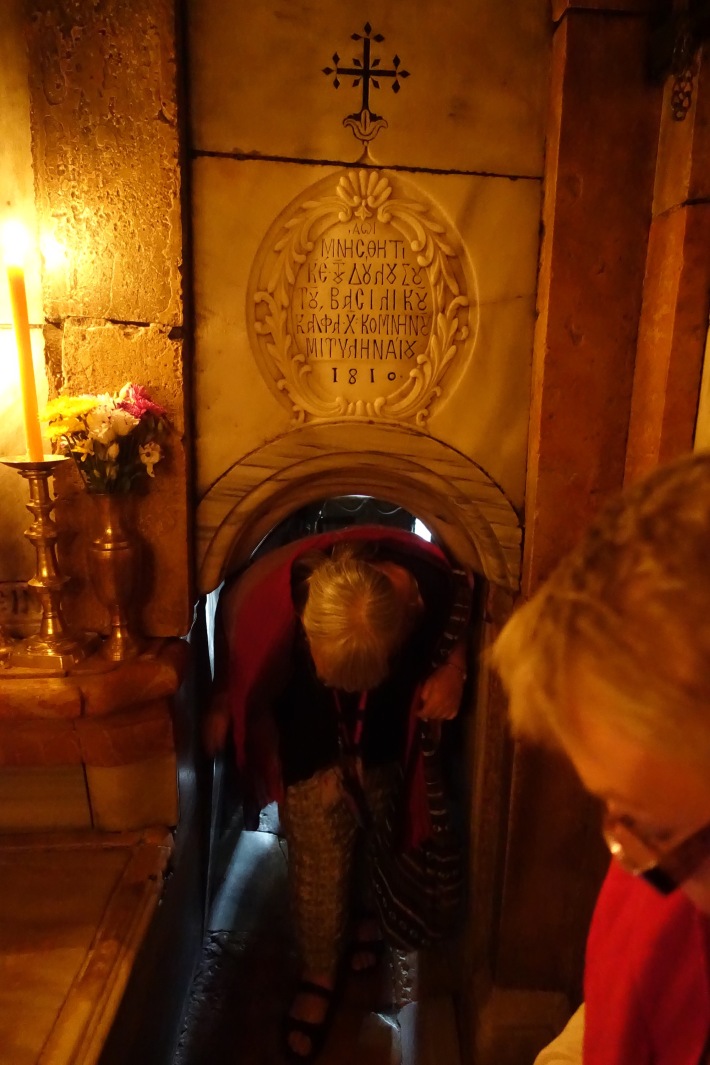 It is said that the original slab on which Christ’s body was laid is preserved under this stone. 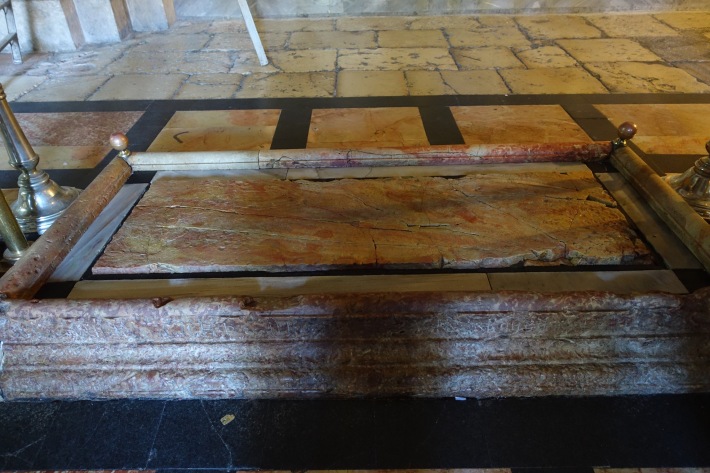 Main ceiling done of the church. 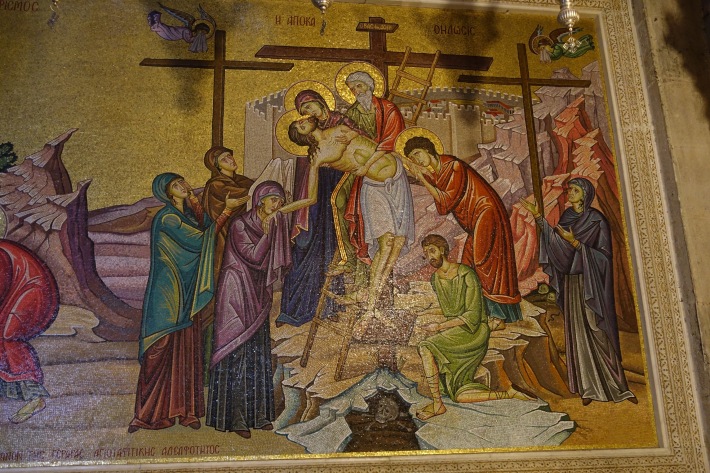