My cousin Jan lives opposite her church – St Michael & All Angels in Bexhill. This photo was taken from her driveway. 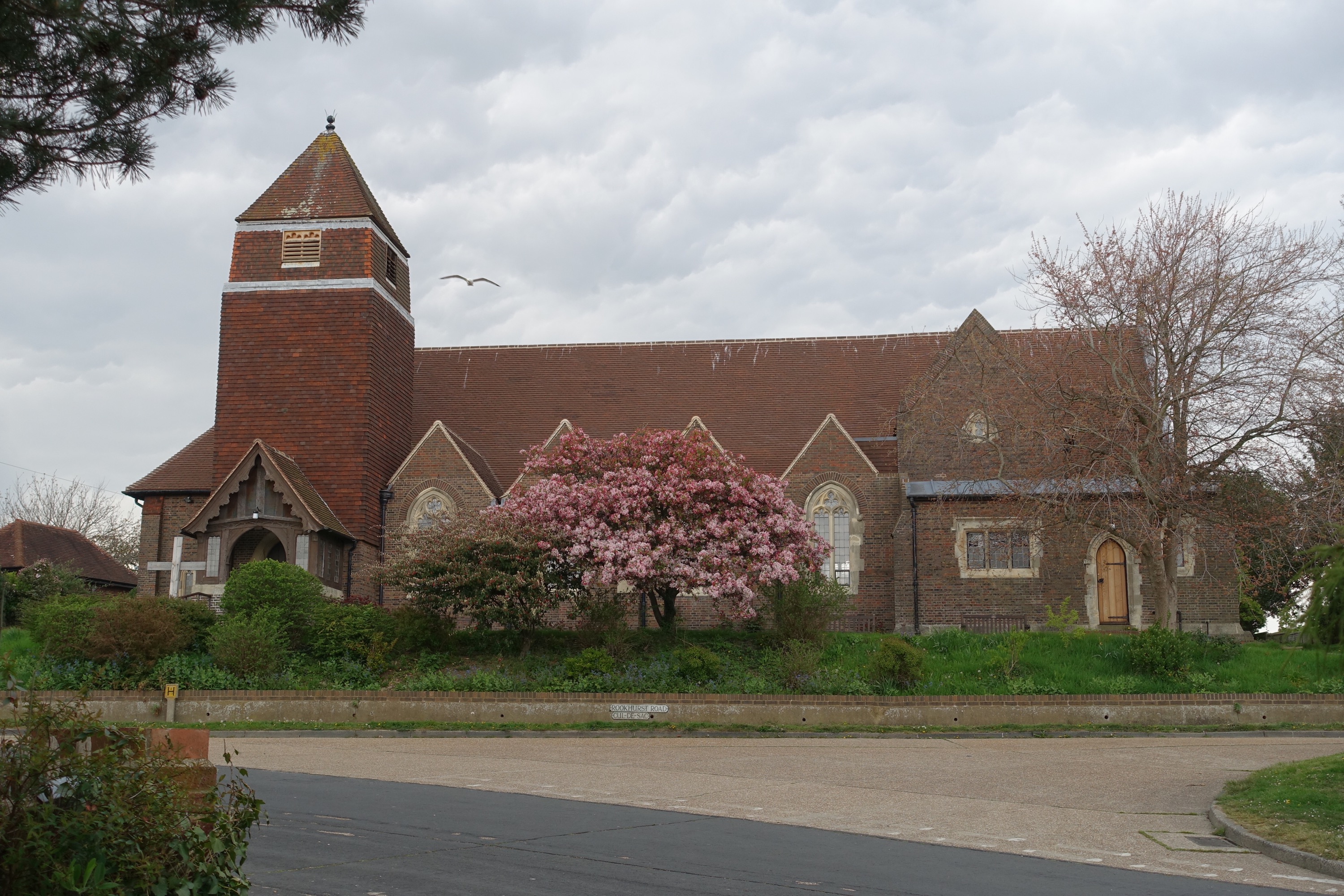 The Church is built in a Gothic revival style from locally made bricks and dressed stone. 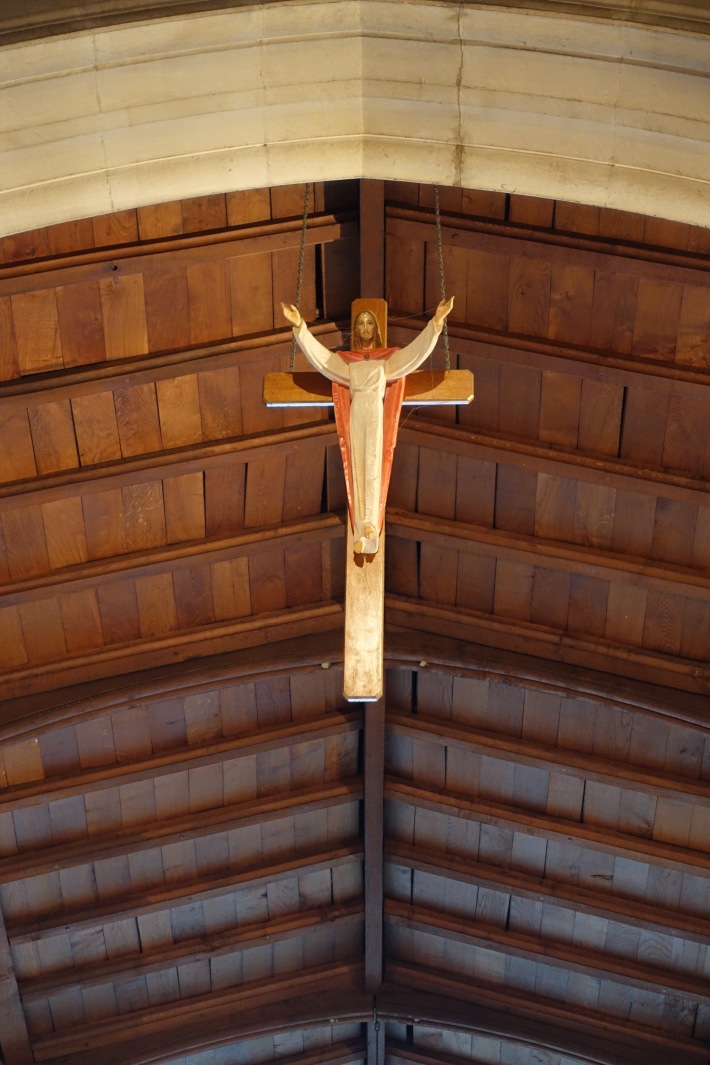 The interior has a Sussex barn roof.

The tower was hung with tiles in the 1960’s to try to ameliorate the damage done by the sea air to the pointing, and I think it looks really interesting. 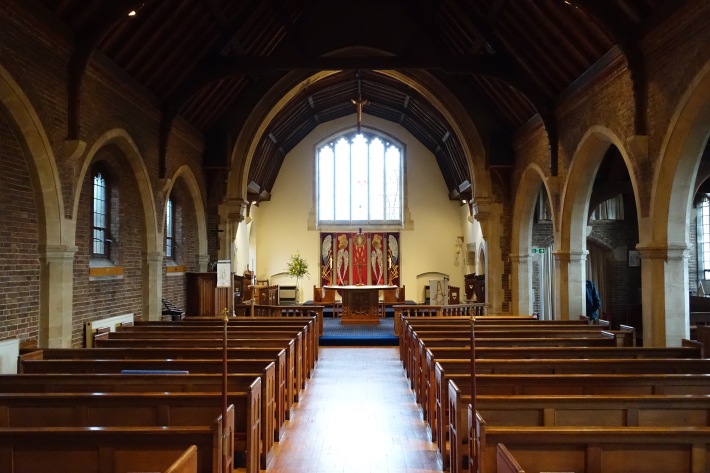 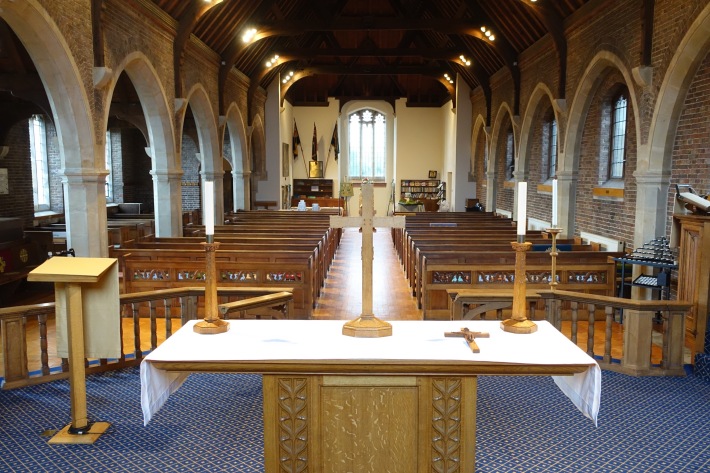 The original large altar was remade in 1997 into a pedestal style.

The East window was designed and supervised by Marion Cantrell. The shapes extend and echo those in the panels below. The central dove of the Holy Spirit is surrounded with etched flames representing the sacraments. The haloes, each engraved with a different design, lift the angels, from the panels below, heavenwards. The curved shapes in the four outer panels can be seen as wings, as in the panels below, as praying figures, or as enfolding hands supporting and uplifting us. The play of light across the “reaming” of the hand blown glass adds another dimension to the etching. The appearance and emphasis of the window is ever changing with the variations of the light streaming in.

The wall hangings were commissioned and created to fill the alcove where the original altar stood. They were also designed and worked by Marion Cantrell and reflect the shape of the window lights. The whole depicts the Church as one body, with symbols to portray St Michael and All Angels and, essentially, holiness. The central panel depicts light reaching out and the eternal serpent slain by the cross or sword of Christ’s sacrifice. The outer panels have angelic symbols and silhouette human shapes and are reversible which purple patterns on the reverse for display in Lent and Advent.

There is a small chapel containing furnishings from a neighbouring church that has closed, just like St George’s Chapel at HTSH.
The church has some fine woodwork.