It’s Friday, I am be back in London, at Finsbury Park again, this time in the Park200 theatre to see Twitstorm, a play by Chris England and a performance directed by Jonathan Lewis.

This is the larger of the Park Theatres two auditoriums, having two rows of seats on three sides, accessed from the floor above the stage. 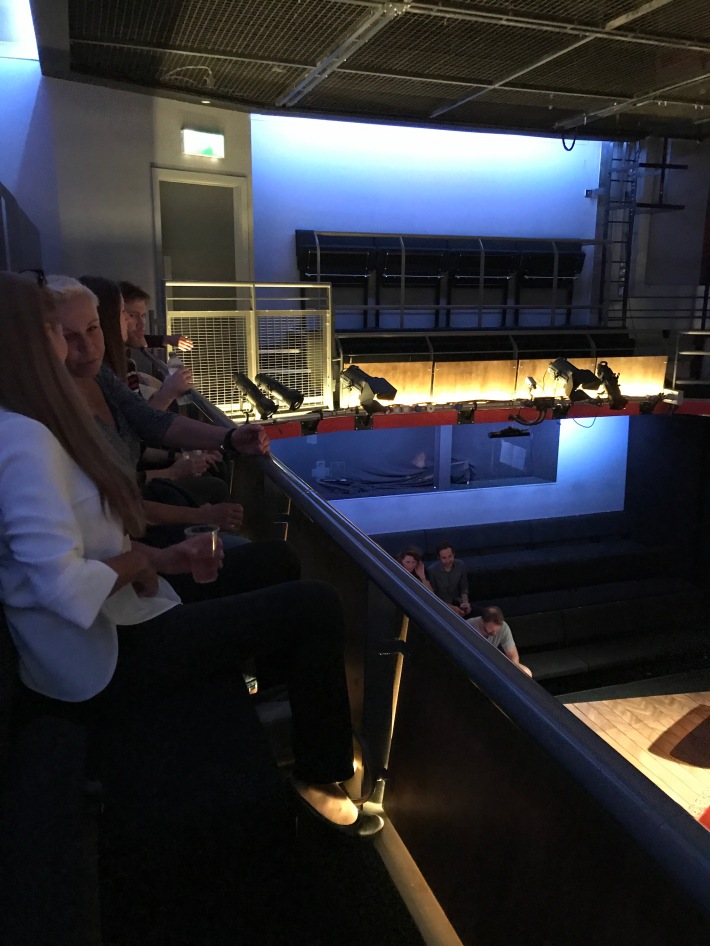 As the play is substantially about Twitter, it was intended that the tweets they spoke of would be projected onto the three boards above the set, but this evening the computer said ‘No’, but we didn’t miss them. 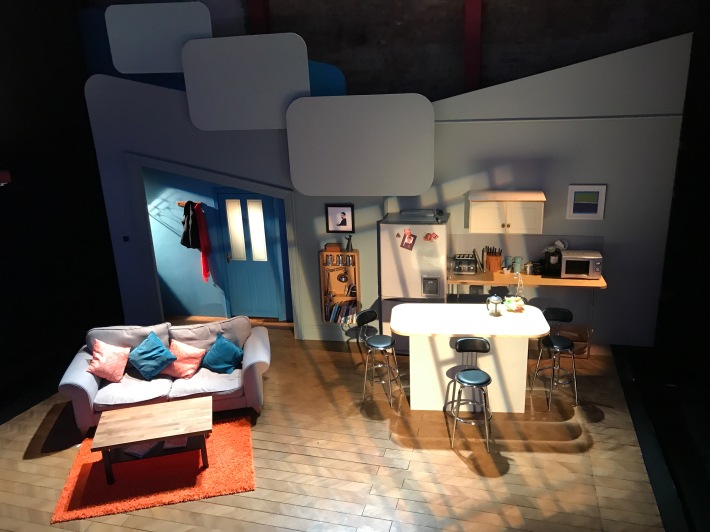 The set is the living room of the home of a comedic television presenter, Guy Manton (Jason Merrells) and his wife, author Bex Manton. Guy’s show is about to get a US series, organised by his manager, Rupert (Chris England) but without his long-time friend, script writer and Twitter-account keeper, Neil (Justin Edwards). Neil and Bex have been supporting children in Africa through the usual direct-debit scheme, when one of them knocks on their door, Ike (played well by Tom Moutchi).

Guy, Bex, Neil & Ike
The story centres around the effect of a politically-incorrect tweet added to Guy’s account and the resultant back-lash which costs the unrepentant Guy, everything. 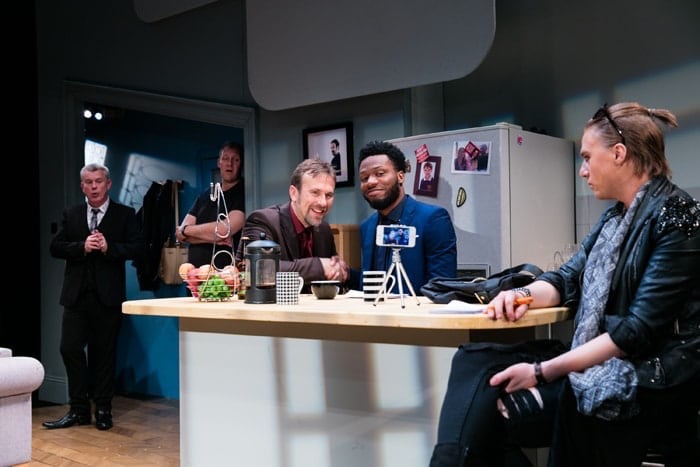 For a comedian, Guy was not naturally funny. He was self-absorbed and demonstrably un-PC. He wasn’t a nice person (made clear by the groaning audience response) so many would say what happened to him was karma. His refusal to understand the effect of what had happened leads to dire consequences. He can’t even redeem himself at an amusing door-stopinterview with the press, nor at an interview arranged for him by Bex with political correctness warier, Daniel Priest (played Cooley and androgynously by Ben Kavanagh. Personally, I agree that the twitter universe and beyond is full of the perpetually offended – see here.

The second act seeks to redeem him after an mysterious 3 month absence from both public and family life, but when the truth about Ike is revealed the script completely ‘jumps the shark’ and I found the ending most unsatisfactory.