Barcelona – ﻿in one day

With only one day in Barcelona, I took a full day tour. We began at the tour office adjacent to the Palau de la Musica Catalonia. Beautifully repurposed building for concerts. 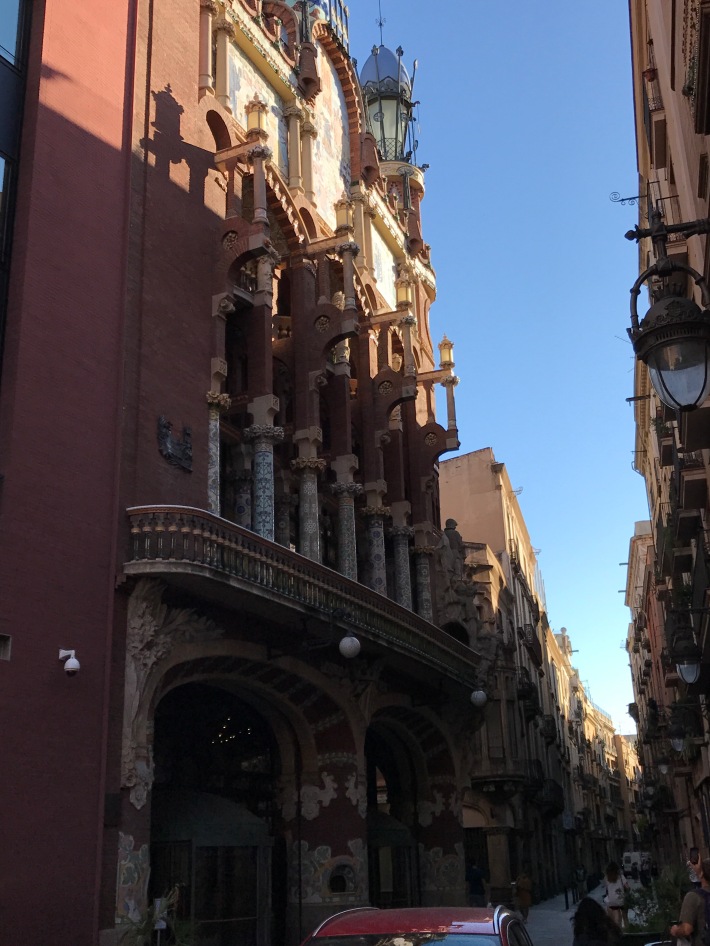 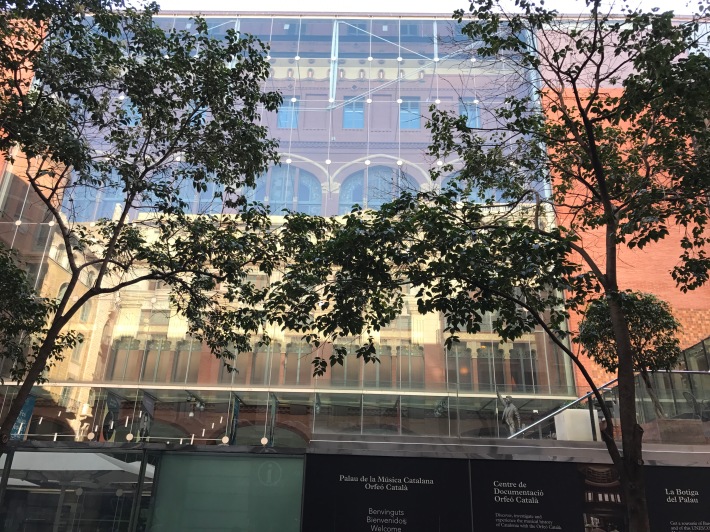 We walked through beautiful lanways to find our bus in Placa Catalonia (nearly back to my hotel). 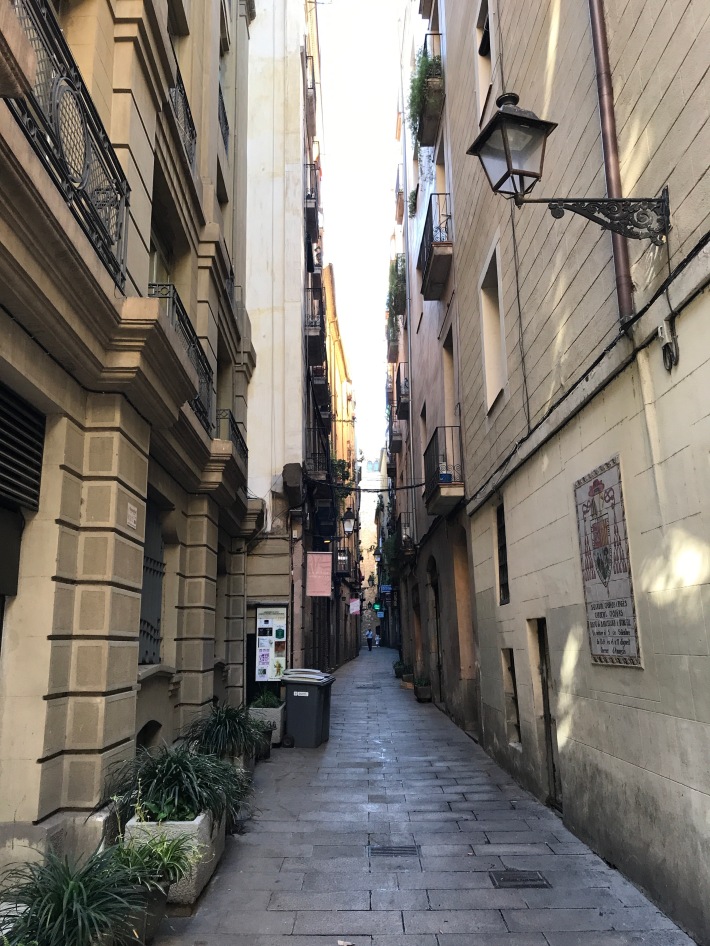 Then on to the Sagrada Familia – see separate post.

After this we drove towards the gothic quarter, but ran into a march by striking taxi drivers, so we had to walk.

We did reach the gothic quarter without too much hassle.

Barcelona’s Cathedral was our benchmark.

The original tower was retained as the building grew over the centuries. 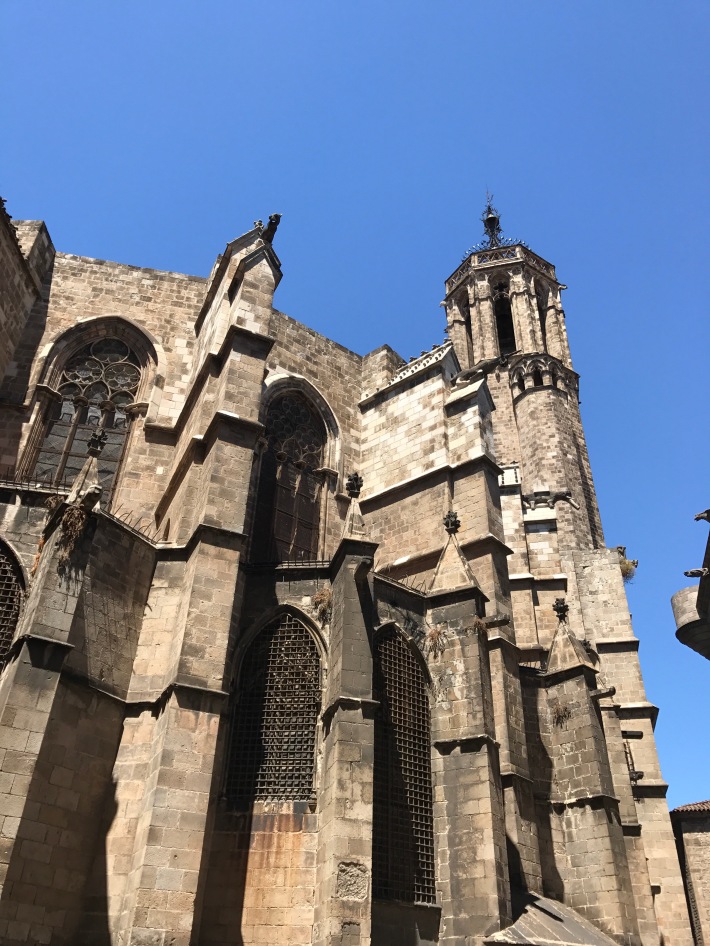 Gargoyle rain-water spout. Is that you, Sylvia? 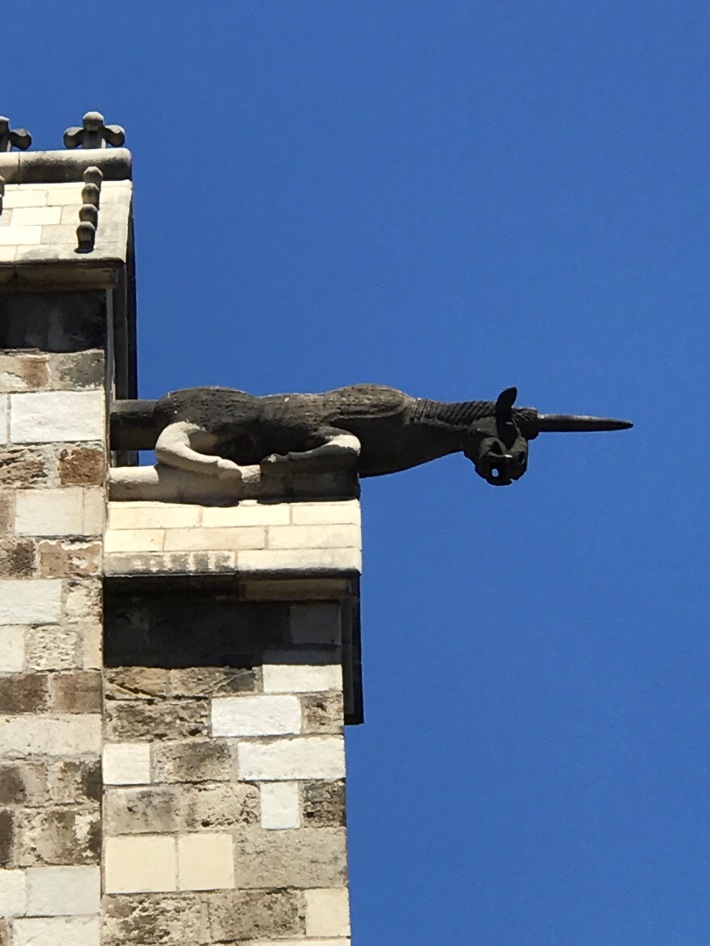 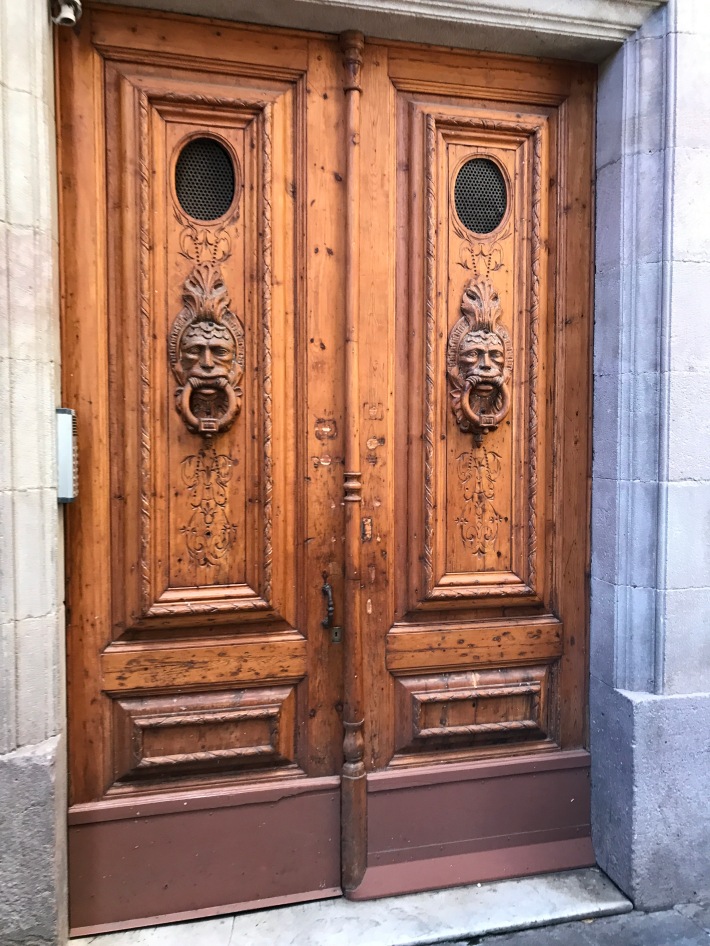 During the Spanish civil war the church and convent in the Plaça de Sant Felip Neri was used as a home for evacuated children. On the 30 January 1938 a bomb dropped by General Franco’s air force exploded directly in front of the church killing 30 of the children who were sheltering inside. Shortly afterwards, while people were trying to rescue survivors, a second bomb exploded in the square bringing the death toll to 42.

The scars remain as a reminder to ensure this never happens again, unless you are a civilian in Palestine, Syria… 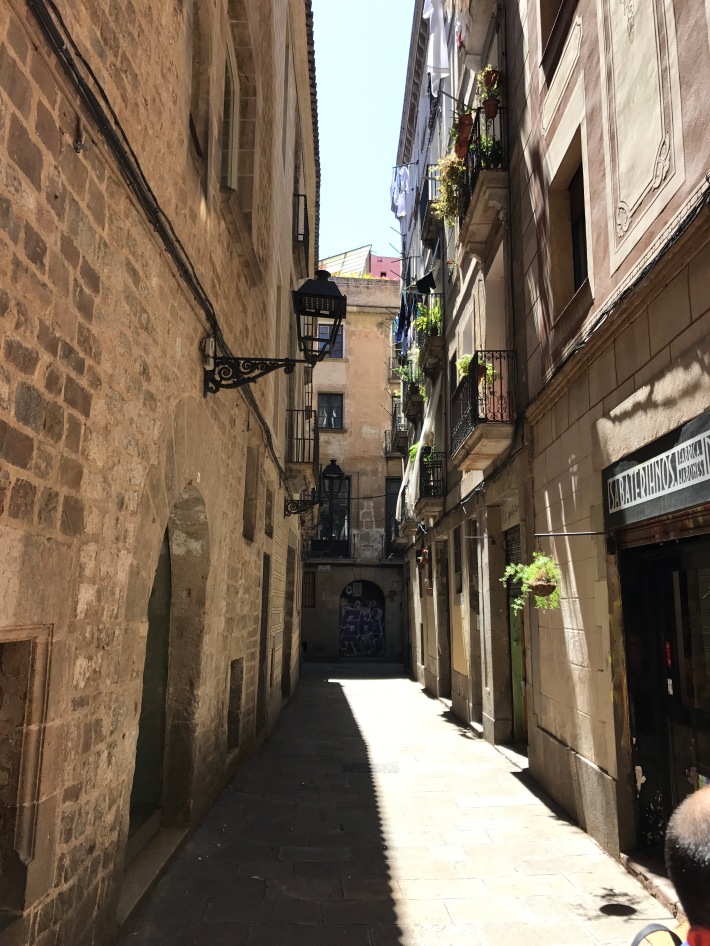 L’Antiga Sinagoga, one of the oldest synagogues in Europe remains despite the expulsion of Jews during the Black Plague, as they were dying less frequently than others (due to their cleanliness practices) and were accused of poisoning the water.

The remains of a Roman temple to Augustus. 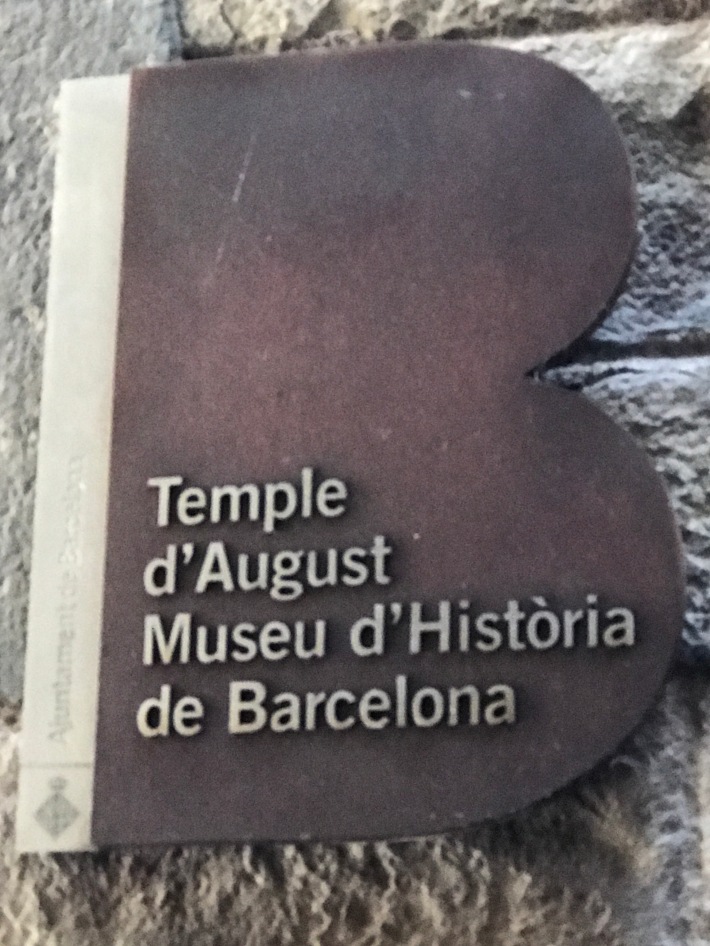 A tiny bit of modernism intrudes on a busy square. 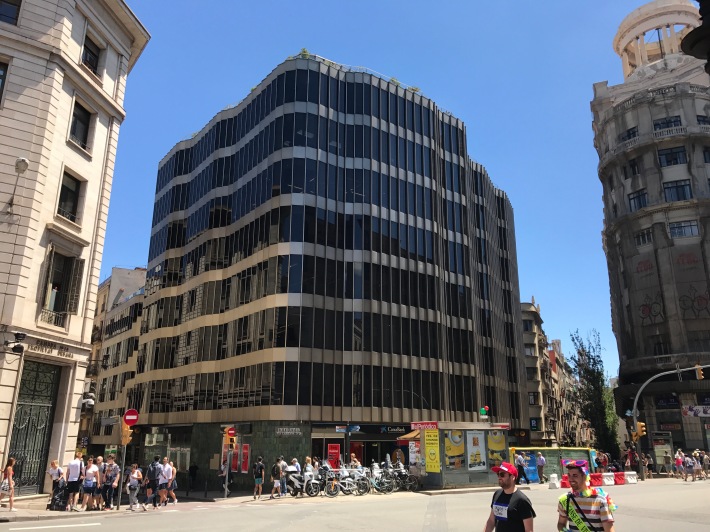 And then there was lunch.